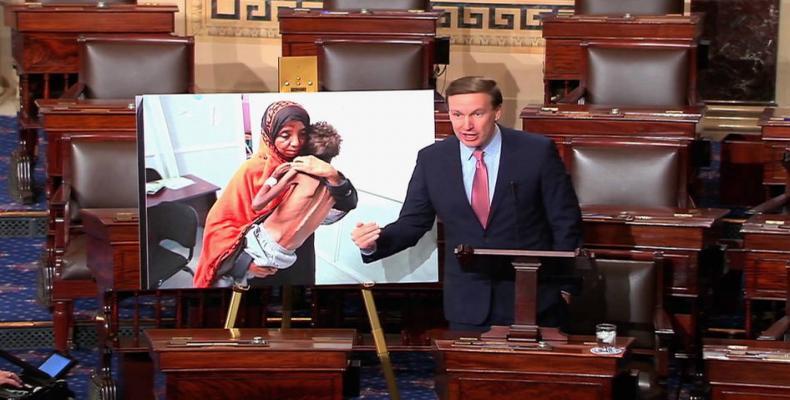 Washington, November 18 (RHC)-- Saudi Arabia is continuing to block food and medicine from being delivered to Yemen, which is facing the world’s worst humanitarian crisis after years of war.  Seven million Yemenis face famine and the United Nations says some 900,000 people have been infected with cholera.

This week, U.S. Democratic Senator Chris Murphy of Connecticut took to the floor of the Senate to criticize the U.S. for its support of the Saudi-led war in Yemen.  Murphy said: “It is U.S. refueling planes flying in the sky around Yemen that restock the Saudi fighter jets with fuel, allowing them to drop more ordnance.  It is U.S.-made and -transferred ordnance that is carried on these planes and are dropped on civilian and infrastructure targets inside Yemen.  The United States is part of this coalition and the bombing campaign that has caused the cholera outbreak could not happen without the United States."