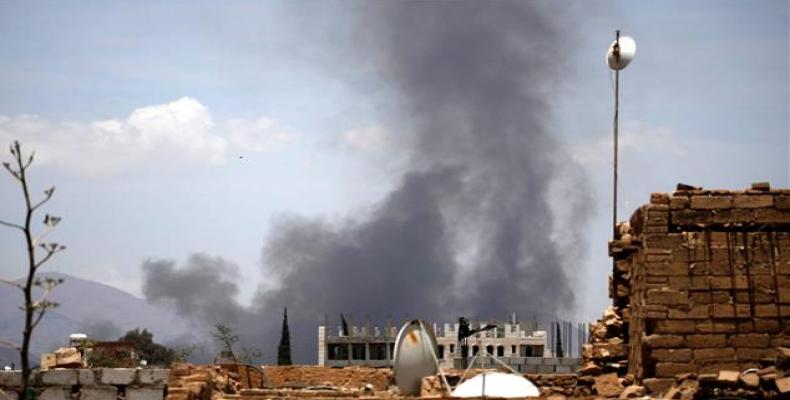 Sanaa, June 15 (RHC)-- In Yemen, the U.S.-backed, Saudi-led coalition has launched an offensive against the key port city of Hudaydah.  The offensive is expected to be the biggest battle in the coalition’s ongoing 3-year assault against Yemen’s Houthi rebels.

The conflict has already killed 15,000 civilians, sparked the world’s worst cholera epidemic and pushed the country to the brink of famine.  Humanitarian organizations have warned the offensive could be a catastrophe for a quarter of a million civilians living in the port city, and for the rest of Yemen, which is highly dependent on aid that travels through this port.

Jens Laerke with the U.N. Office for the Coordination of Humanitarian Affairs told reporters: “A military attack or siege on Hudaydah will impact hundreds of thousands of innocent civilians.  In a prolonged worst case, we fear that as many as 250,000 people may lose everything -- even their lives.”