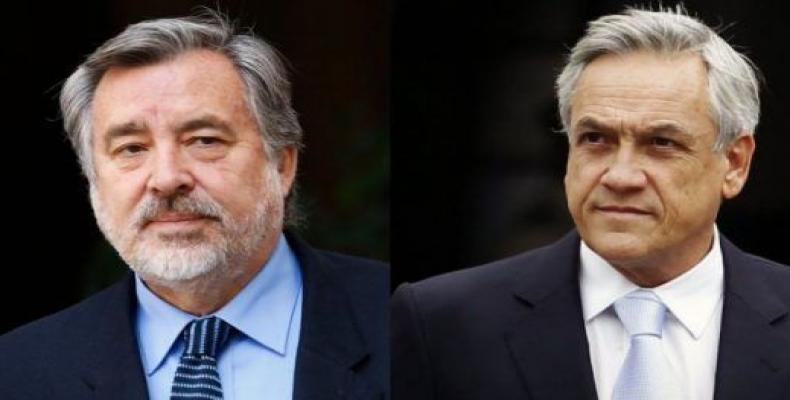 Santiago, December 14 (RHC) - Chile’s presidential hopefuls ended their campaigns in downtown Santiago on Thursday ahead of an uncertain runoff election whose outcome will determine whether the South American nation turns to the right or maintains its center-left track.

Voters on Sunday will choose between billionaire conservative and former president Sebastian Pinera and center-left senator and journalist Alejandro Guillier.

Both Pinera and Guillier would keep in place the longstanding free-market economic model in Chile.

Pinera, 68,  placed first in the first round of elections in November with 36.6 percent of the vote. He has vowed to boost growth by cutting the corporate tax rate and scaling back outgoing President Michelle Bachelet’s tax, labor and education reforms that Guillier has vowed to deepen.

At Santiago’s Caupolicán theater, he promised “a new and better treatment of the middle class, older adults and children.”

The bearded Guillier, 64, from northern Chile, garnered 22.7 percent of the vote in November from backers hoping to preserve gains made in Bachelet’s government for students, women and workers, measures such as lower university fees and laws empowering unions.