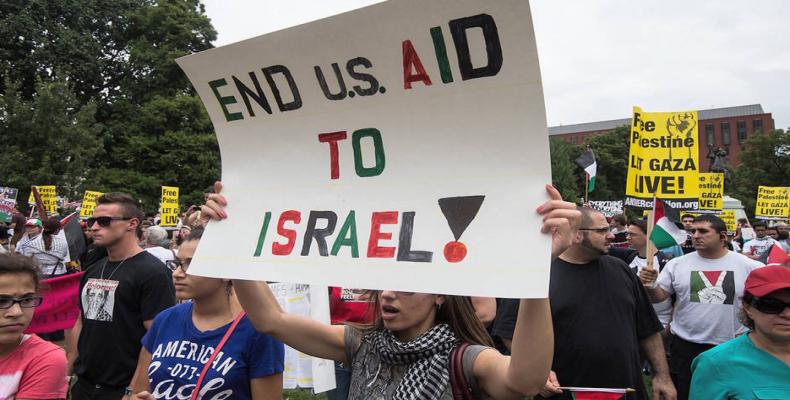 Tel Aviv, January 9 (RHC)-- Israel has published a blacklist of 20 different organizations worldwide whose members are banned from entering Israel over their groups’ support for BDS, the nonviolent Boycott, Divestment and Sanctions movement targeting Israel over its treatment of Palestinians.

Among the groups whose members are banned from entering Israel are Jewish Voice for Peace, National Students for Justice in Palestine, American Friends Service Committee, American Muslims for Palestine, Code Pink and the U.S. Campaign for Palestinian Rights -- as well as Palestinian solidarity groups in France, Italy, Norway, Sweden, Britain, Chile and South Africa.

In response, the director of the U.S. Campaign for Palestinian Rights, Yousef Munayyer, said: “When Israel, which aims to portray itself to the world as liberal and democratic, blacklists activists dedicated to nonviolent organizing and dissent, it only further exposes itself as a fraud.”