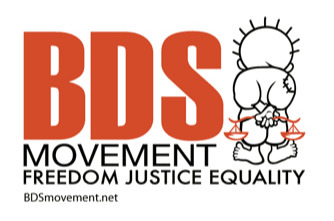 ​Boycott, Divestment and Sanctions movement is urging a military embargo on Israel

Ramallah, May 15 (RHC)-- As Israel’s bombardment of Gaza intensifies and the Palestinian death toll mounts, the Boycott, Divestment and Sanctions (BDS) movement is issuing a fresh call to action for consumers around the world to vote with their wallets and bring economic pressure to bear on Israeli and multinational firms it labels as “complicit” in Israel’s abuse of Palestinian human rights.

“There is a growing consensus that Israel now, like South Africa in the past, is an apartheid state that must be met with targeted sanctions, boycotts and divestment,” Omar Barghouti, co-founder of the BDS movement, told Al Jazeera.

At least 122 Palestinians, including 31 children, have lost their lives this week and 900 Palestinians have been wounded, as Israel’s assault on Gaza has intensified and hostilities have mounted between Israeli settlers and Palestinians in the occupied West Bank.  At least six Israelis and one Indian national have also been killed in rocket attacks fired from Gaza into Israel.

Amid the bloodshed, the BDS movement released a renewed call for five actions that supporters can initiate to help end Israel’s occupation.  The measures include pushing for a military embargo of Israel; mobilising local community organisations to cut ties with Israel and firms that enable its occupation of Palestine, as well as boycotting products and services of those firms; and mobilising pressure for institutional investors to divest from them.

Cancelling all academic, cultural, sport and tourism engagements in Israel, and joining a BDS campaign or Palestinian solidarity group round out the five-point action plan “to challenge this complicity and support the Palestinian struggle for freedom, justice and equality.”

While Israel’s occupation of Palestine is more than 70 years old, a renewed focus on social justice globally during the COVID-19 pandemic has helped catalyse a groundswell of support for BDS’s latest initiative, said Barghouti.

“What is different with this latest chapter of Israel’s brutality is the outpouring of support for Palestinian rights and for BDS from celebrities from Hollywood to Bollywood, cultural icons, major football figures in the UK and the Arab world, [and] Black Lives Matter in the UK,” he said.

“It is an ethical obligation for everyone supporting justice, freedom and equal rights to raise their voices on Palestine and, crucially, to act to end the complicity of their state, their institution, their city council or their organisation in Israel’s crimes against Palestinians,” said Barghouti.

For BDS and its supporters, translating grassroots activism and celebrity endorsements into meaningful change continues to face resistance, especially in the United States, where efforts to challenge Israel’s occupation of Palestine have been met with charges of anti-Semitism.

In 2019, under the administration of President Donald Trump, the lower chamber of Congress, the US House of Representatives, voted 398-to-17 in favour of a resolution condemning BDS.

This week saw Washington weigh in on the violence, with many Republicans and Democrats sticking to precedent by declaring their steadfast support for Israel.

According to a White House statement, U.S. President Joe Biden “conveyed his unwavering support for Israel’s security and for Israel’s legitimate right to defend itself and its people” in a call this week with Israeli Prime Minister Benjamin Netanyahu.

Israel is the biggest cumulative recipient of U.S. foreign aid in the post-World War II era.  Though it is now a high-income country with a cutting-edge high-tech sector, the US gave Israel $3.3 billion in taxpayer-funded security assistance aid last year, and an additional $500m for bilateral missile defence cooperation.

Biden’s failure to acknowledge publicly the profound advantage Israel enjoys over Palestine in terms of military capabilities, resources, wealth and US aid invited a backlash from some high-profile progressive Democrats in Congress.

In a speech this week, Representative Rashida Tlaib, who is Palestinian, struggled to hold back tears as she criticised Washington’s unconditional support for Israel and urged her fellow members of Congress to condition aid to Israel on compliance with international human rights.

But BDS and its supporters are hopeful that as awareness of its campaign grows, the public discourse will arc towards justice for Palestine.

Jewish Voice for Peace, a non-profit working to end Israel’s occupation of the West Bank, Gaza Strip and East Jerusalem, launched the BDS movement in the US.

Sonya Meyerson-Knox, communications manager for Jewish Voice for Peace in the US, told Al Jazeera that efforts to “red line” BDS and its supporters fly in the face of historical precedent for non-violent social justice movements.

“We have every right to support the BDS movement, especially given how our tax dollars are being spent,” Meyerson-Knox told Al Jazeera. “This is a tried-and-true tactic that civil rights movements across the world have used for many years and we have every reason to believe that the same result will work for Palestine.”