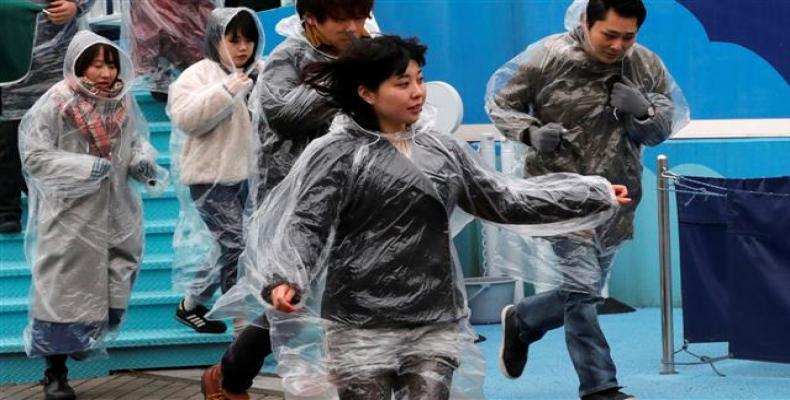 Tokyo, January 23 (RHC)-- People in Tokyo have taken part in the Japanese capital's first missile evacuation drill to prepare for a North Korean missile attack.  Around 300 people took part in the staged event which was held on Monday in the vicinity of the city's baseball stadium and an underground station.

During the drill people were instructed via loudspeakers how and where to take shelter in the event of an attack.  Despite hopes that the North's participation in next month's Winter Olympics in South Korea will reduce tensions in the region, Japan believes the threat posed by a possible confrontation between North Korea and the United States is increasing.

"A missile from North Korea would arrive in less than 10 minutes and the first alert would come about three minutes after launch, which gives us only around five minutes to find shelter," Japanese government official, Hiroyuku Suenaga, told volunteers during the drill.

Despite taking part in the event, a volunteer evacuee said that he was not "that worried" about North Korea, but "if something happened that would be frightening.”  “If I was at work, it might be easy to evacuate, but if I was outside somewhere, it would be more difficult,” he added.

As the drill was being held, a small group of protesters staged a demonstration against it, claiming that it would only inflame tensions and cause panic following the NHK's recent false missile attack alert.