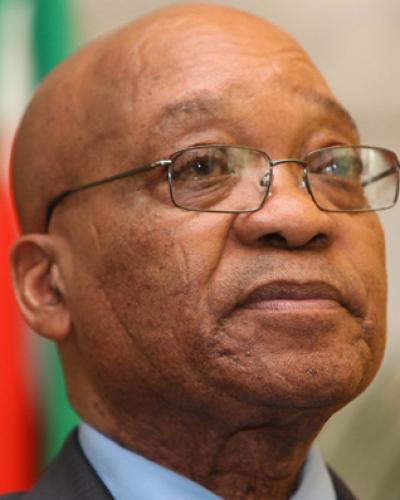 Johannesburg, Feb 15 (RHC)--South Africa's President Jacob Zuma has resigned after intense pressure from his own party, the African National Congress. In a 30-minute television appearance, he said was quitting with immediate effect but said he disagreed with his ANC party's decision.

The ANC, which replaced Zuma as party leader in December with Deputy President Cyril Ramaphosa, ordered him to step down as president on Tuesday. When he failed to resign on Wednesday, it announced that it would back an opposition motion in parliament to force him out.

For the ANC, Zuma had become an obstacle for the advancement and progress of the country, which suffers from an economic crisis and water shortage. Zuma faces numerous allegations of corruption.

"No life should be lost in my name and also the ANC should never be divided in my name…Even though I disagree with the decision of the leadership of my organization, I have always been a disciplined member of the ANC”, he said.

Ramaphosa, 65, was the ANC’s chief negotiator with South Africa’s apartheid rulers during the talks that led to the end of white rule, and is seen as a conciliatory figure who could help heal divisions in the country.