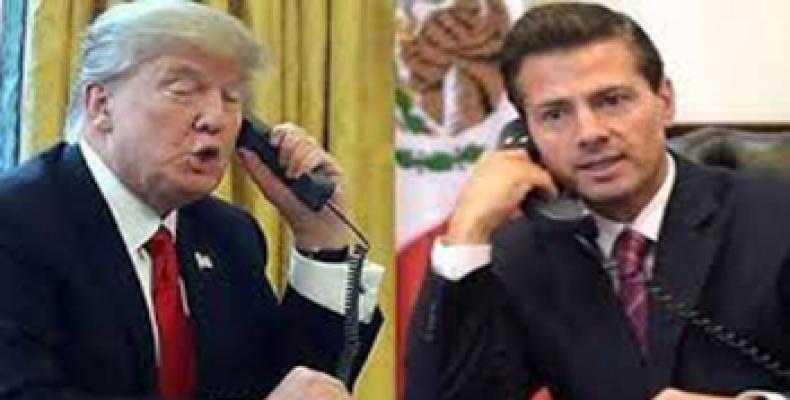 At a rally for a Republican congressional candidate in Pennsylvania, Trump told the crowd about the recent phone call with Peña Nieto.

According to Trump, Peña Nieto said: "Mr. President, I would like you to make a statement that Mexico will not pay for the wall," to which Trump replied: "Are you crazy? I am not making that statement. Bye, bye. There is no way I'm making that deal."

Mexican Foreign Minister Luis Videgaray said over the weekend that Mexico will not pay for the wall, despite Trump's repeated insistence that the Mexican government do so.

"In the call on Feb. 20, (Peña Nieto) strongly reiterated: Mexicans will never pay, in any form, for a wall on the border," Videgaray wrote on Twitter.

Last month, Peña Nieto canceled plans to visit Washington after another phone call with Trump during which the U.S. president reportedly lost his temper.

On March 1, U.S. Ambassador to Mexico Roberta Jacobson announced her resignation at what she called "a critical moment" in the U.S.-Mexico relationship. She is due to leave her post on May 5.