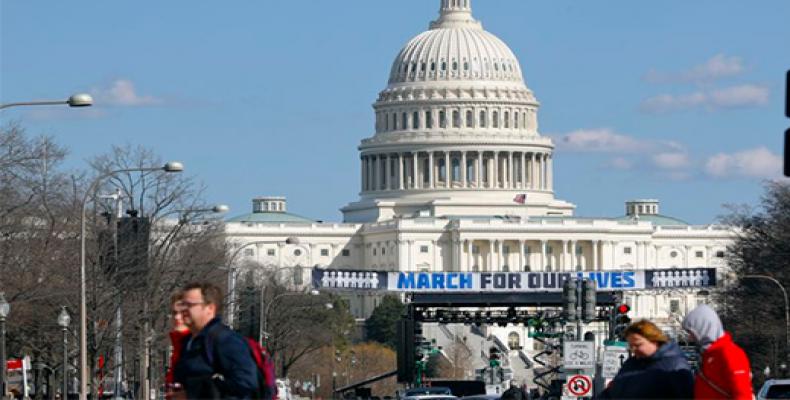 Washington. March 24 (RHC)--Hundreds of thousands of Americans are expected to rally nationwide on Saturday for tighter gun laws in “March For Our Lives” protests led by survivors of the Florida school massacre, which reignited public anger over mass shootings.

Students from the Parkland, Florida, high school where 17 students and staff were killed on February 14 will be among the 500,000 people organizers say could rally on Pennsylvania Avenue near the Capitol in Washington.

The protests are aimed at breaking through a legislative gridlock that has long stymied efforts to tighten firearms controls. Mass shootings at American schools and colleges have become a regular occurrence.

The Washington rally is among more than 800 events scheduled worldwide, with U.S. demonstrations set from San Clemente, California, to New York and Parkland, according to gun-control group Everytown For Gun Safety.

Organizers want Congress, many of whose members are up for re-election this year, to ban the sale of assault weapons like the one used in the Florida rampage and to tighten background checks for gun buyers. On the other side of the debate, gun rights advocates cite constitutional guarantees of the right to bear arms.