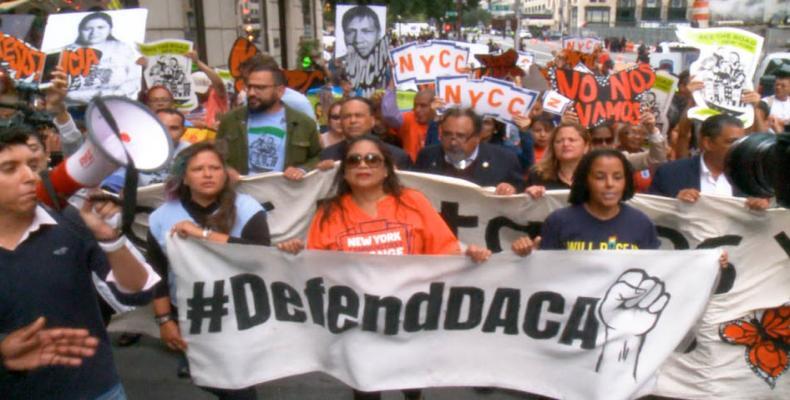 Washington, April 26 (RHC)-- In the United States, a federal judge has ruled that the Donald  Trump administration must continue DACA.  That’s the Deferred Action for Childhood Arrivals program, that gives hundreds of thousands of young undocumented people permission to live and work in the United States.

The U.S. president tried to cancel DACA last year.  But Judge John Bates in Washington, D.C. has now ruled that Trump’s efforts to cancel the program were based on “virtually unexplained” claims.

The judge said that if the administration cannot better explain its reasoning, it must continue to accept both new and renewal DACA applications.  The Trump administration has 90 days to respond.  It’s the third time Trump’s effort to cancel DACA has been blocked by a court.

This comes as the Supreme Court heard arguments on Wednesday about the Trump administration’s third travel ban, which blocks most people from Iran, Libya, Somalia, Syria and Yemen from entering the United States.  The Supreme Court is expected to rule on whether the travel ban is constitutional by the end of June.