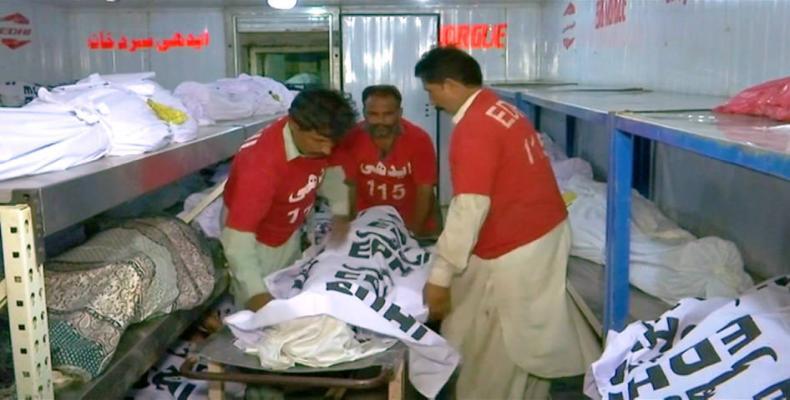 Karachi, May 25 (RHC)-- In Pakistan, a severe heat wave in the city of Karachi has killed at least 65 people, as temperatures have topped 104 degrees Fahrenheit.

The deaths were reported by the organization that runs the city's central morgue, although city officials have not yet confirmed the death toll.

Scientists say that soaring temperatures linked to climate change could make parts of South Asia too hot for human survival by 2100.