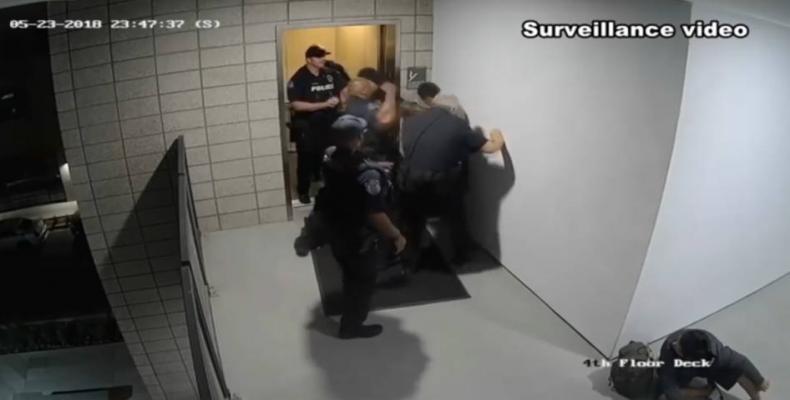 Phoenix, June 11 (RHC)-- In Mesa, Arizona, four police officers have been placed on paid administrative leave, after surveillance video showed them repeatedly punching an unarmed man and slamming his head into a wall. The video, which was recorded without sound, appears to show 33-year-old Robert Johnson posed no threat to officers as he leaned against a wall of a hallway in an apartment complex, when the officers surrounded him and began pummeling him with their fists while knocking him to the ground.

According to reports, this isn’t the first time Mesa police have faced charges of excessive force.  Last December, a jury found former Mesa officer Philip Brailsford not guilty of murdering 26-year-old Daniel Shaver, an unarmed man gunned down in a hotel hallway in 2016 as he begged repeatedly for his life.  Body cam video of that incident shows Brailsford ordering Shaver to crawl on his hands and knees, before opening fire repeatedly.