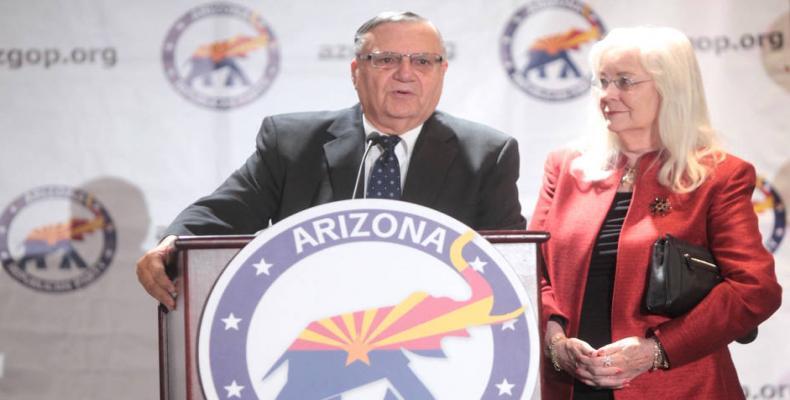 Phoenix, January 16 (RHC)-- In the United States, the infamous racist former Arizona Sheriff Joe Arpaio has announced he is running for Senate in the race to replace retiring Republican Senator Jeff Flake.  Arpaio has been a major supporter of President Trump, who pardoned the ex-sheriff last year, after he was convicted of contempt of court for defying an order to stop his deputies from racial profiling.

For years, Arpaio ran a notoriously racist sheriff’s department in Maricopa County, Arizona.  He once bragged that he ran his open-air tent city jail like a “concentration camp.”  Arpaio was first elected in 1992 and was voted out of office in 2016 after Latinos organized a massive get-out-the-vote campaign.