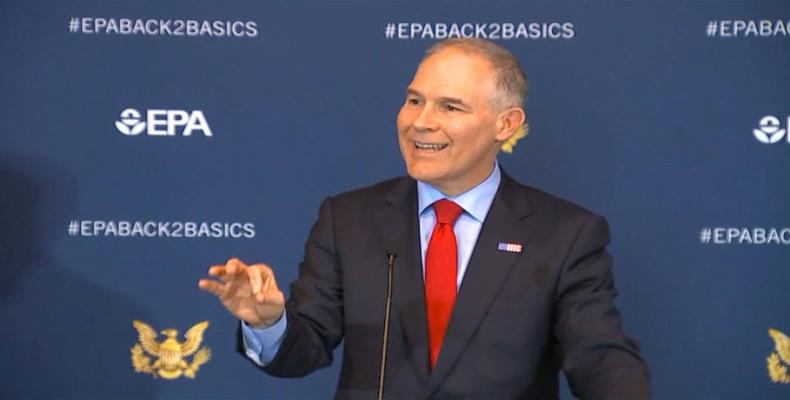 Washington, July 6 (RHC)-- In the United States, Environmental Protection Agency Administrator Scott Pruitt has resigned, amid an onslaught of financial and ethics scandals and widespread opposition to his campaign to roll back key environmental protections.

At the time of his resignation, Pruitt was facing more than a dozen federal investigations into ethical misconduct, ranging from lavish spending to asking subordinates to help his wife find a job.

Earlier this week, CNN reported Pruitt kept a secret calendar and schedule in an attempt to hide his meetings with many industry executives; The New York Times reports Pruitt fired one aide when she objected to the practice.

According to reports from Washington, EPA Deputy Administrator Andrew Wheeler will become the agency’s acting administrator.  Wheeler is a former coal industry lobbyist and the former chief of staff for Oklahoma Republican Senator Jim Inhofe, who is known as the most notorious climate-denying lawmaker in Washington.