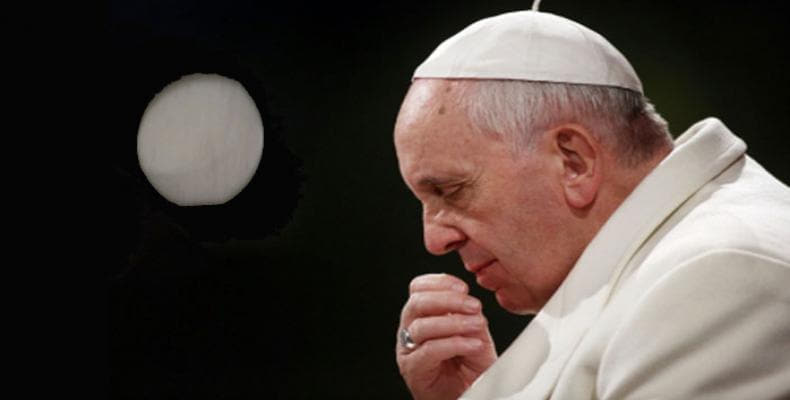 The Pope’s handwritten message to the imprisoned Brazilian leader reads: "To Luiz Inacio Lula da Silva with my blessing, asking him to pray for me, Francisco."

Following an hour-long meeting in Rome with former Minister of Defense and Foreign Affairs Celso Amorim on Thursday, the pontiff discussed the political and judicial situation in Brazil, reports the Latin American TV network Telesur.

Celso Amorim was accompanied by former Argentine Minister Alberto Fernandez and Chilean Minister Carlos Ominami. During his meeting with the Pope, he called attention to the plight of Lula, imprisoned on trumped-up corruption charges that many believe are a form of lawfare.

Amorim briefed the pontiff on the circumstances surrounding Lula's imprisonment in Curitiba, where he has been held since April on charges seeking to prevent him from returning to the presidency.

Despite being jailed, Lula has topped every 2018 electoral poll thus far conducted. Lula's two terms in office were marked by a slew of social programs, lifting millions of Brazilians out of poverty and removing the country from the United Nations World Hunger Map. He left office in 2011 with a record approval rating of 83 percent.