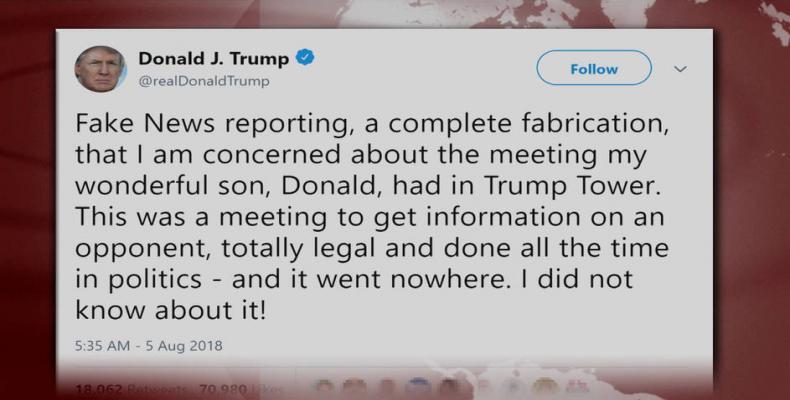 Washington, August 7 (RHC)-- U.S. President Donald Trump has admitted that the purpose of a June 2016 meeting in Trump Tower between a Kremlin-connected lawyer and Trump’s son, Donald Trump Jr., was to get "dirt" on Hillary Clinton.

Earlier, Trump tweeted: “Fake News reporting, a complete fabrication, that I am concerned about the meeting my wonderful son, Donald, had in Trump Tower.  This was a meeting to get information on an opponent, totally legal and done all the time in politics -- and it went nowhere.  I did not know about it!”

Trump’s tweet reveals that he lied last year when he personally dictated a statement, released by his son, Donald Trump Jr., which claimed the meeting was mostly about U.S. adoption of Russian children.