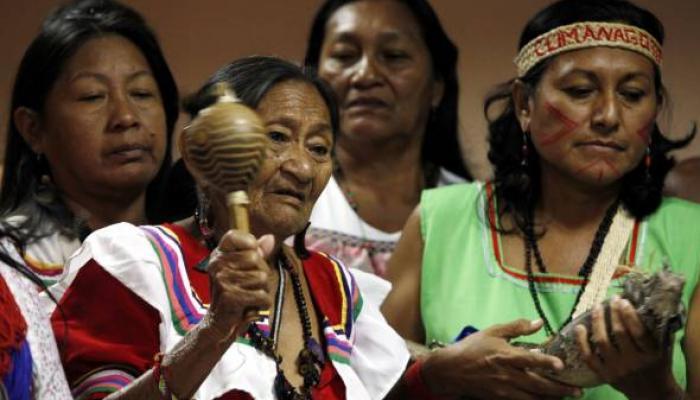 Rome, September 6 (RHC) – Thirty South American leaders have been invited to join the United Nations Organization for Food and Agriculture (FAO) in its global campaign for the empowerment of indigenous women.

In its most recent campaign, #IndigenousWomen, Visible Women, the FAO, together with the International Forum of Indigenous Women and the News Agency for Indigenous and Afro-descendant Women, highlighted the difficulties and discrimination native women face around the world.

“The empowerment of indigenous women is not only a central issue but also a necessary condition to eradicate hunger and malnutrition in the world. For this, it is essential to raise awareness about the contributions of indigenous women to the consequences of Zero Hunger and to involve all the interested parties in the elimination of the barriers that prevent them from fully enjoying their rights,” the UN affiliate said in its online campaign.

There are roughly 5,000 different indigenous groups with approximately 185 million native women, and despite the developments and technology accessible to society, thousands continue to struggle with hunger and extreme poverty.