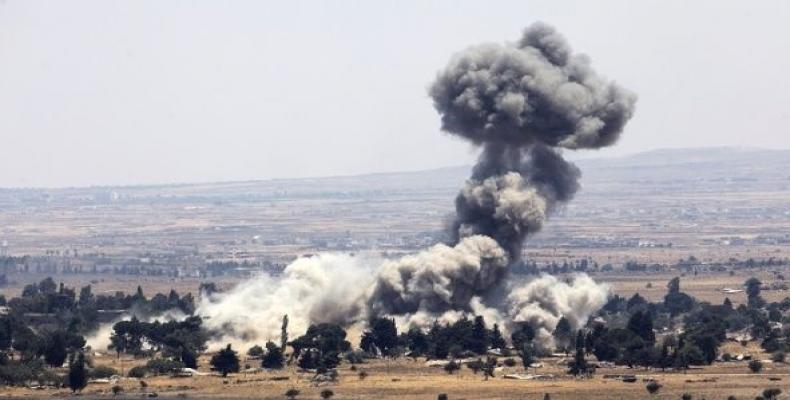 "The enemy missiles were dealt with and some of them were shot down," SANA said.  In Damascus, teleSUR correspondent Hisham Wannous reported that the Syrian defense managed to deflect the missiles, which fell in areas far away from army positions and residential areas without causing damage.  Syrian state television said air defenses downed five rockets.

Israel has on previous occasions acknowledged carrying out airstrikes in Syria and said they were aimed at degrading the capacity of Iran and its allies, including Lebanon's Shiite Hezbollah group, which has been backing Syrian President Bashar Assad in the country's seven-year conflict.

SANA said the planes had come at a low altitude from west of neighboring Lebanon's coastal capital Beirut.  Lebanon's al-Mayadeen news said Israeli fighter planes released countermeasures against anti-aircraft fire "and withdrew towards the sea at the same time as the sounds of explosions were heard in Hama countryside."

The news comes just days ahead of the start of a Syrian-Iranian operation to "clean" the province of Idlib of anti-government forces.  Wannous said the government sees such Israeli strikes as an attempt to "raise the morale of the terrorists who are losing the war" ahead of the impending operation.