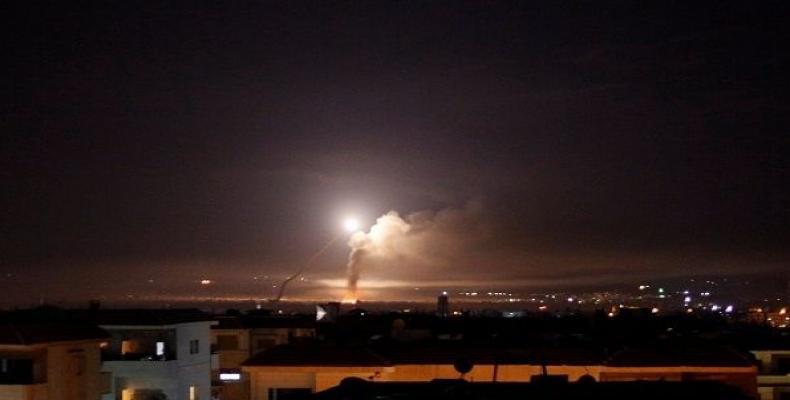 Syria's official SANA news agency reported early on Thursday that a barrage of Israeli missiles was intercepted and that the Syrian air defenses were "confronting a new wave of Israeli aggression."  Citing a military source, it added that Israeli rocket fire had hit a Syrian radar site and an ammunition warehouse.

The Israeli army claimed that some of the missiles fired from Syria had been intercepted and that the level of damage was "low."  Earlier, Syrian media said that Israeli troops had shelled the city of Ba’ath in the southern province of Quneitra.

Israel seized the Golan Heights from Syria during the 1967 Six-Day War and has continued to occupy two-thirds of the strategically-important territory ever since, in a move that has never been recognized by the international community.

The regime has built dozens of illegal settlements in the area since its occupation and has used the region to carry out a number of military operations against the Syrian government.