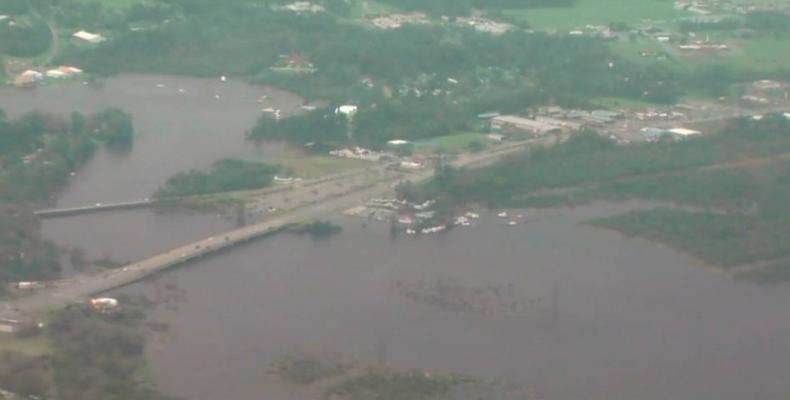 Wilmington, September 19 (RHC)-- In the United States, the death toll from Hurricane Florence has reached 37 while the rivers in the Carolinas continue to rise from the record-breaking storm.  Tens of thousands of homes have been damaged.

The city of Wilmington, North Carolina remains largely cut off from the rest of the state.  Earlier, North Carolina Governor Roy Cooper warned the worst flooding may still be to come.  He said: "This is an epic storm that is still continuing because the rivers are rising in certain parts of our state, some areas have not seen the worst flooding yet, so this is a monumental disaster for our state that affects many of our counties, many of our people.”

Meanwhile, a massive typhoon in southeast Asia has killed at least 74 in the Philippines and forced more than three million people to evacuate their homes in China.  Scores more are feared dead following a landslide in the small Philippines mining town of Itogon. Many died in a chapel where they had taken shelter.