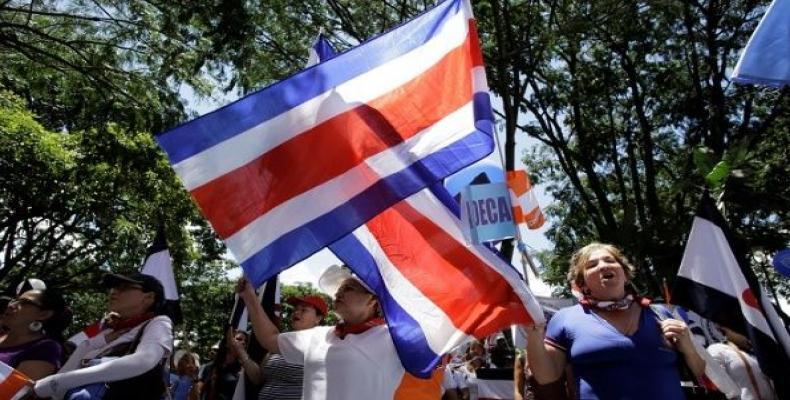 San Jose, September 21 (RHC)-- In Costa Rica, labor unions have said that they will continue an indefinite national strike,  after a 13-hour long meeting with representatives of the government failed to yield an agreement.

The unions and the state are in a standoff over a proposed tax reform and an ultimatum by the government, which said unions must suspend all strikes as a pre-condition to continuing negotiations, a demand seen as unacceptable by many union members and workers.

The unions are calling for the complete withdrawal of the government-proposed law, which seeks to introduce a series of taxes and while also limiting salary increases, bonus payments and severance packages in the public sector.

Melida Cedeño, Secretary-General of APSE, a teacher’s association, said the unions had submitted in August an alternative bill, known as the Just and Solidary Tax Reform, which could be used as the basis for negotiations.

The union’s alternative bill focuses on combating tax evasion and fraud; new and increased taxes on companies and banks that generate extraordinary profits; eliminating "luxury" pensions for former presidents; and reducing state financial support for political parties. It would thus avoid hurting middle and working class people and public sector workers, who would lose benefits under the government-pushed law.

Friday marked the 12th day of the national strike, which has garnered growing support as a way to reach a mutually agreeable  fiscal reform.