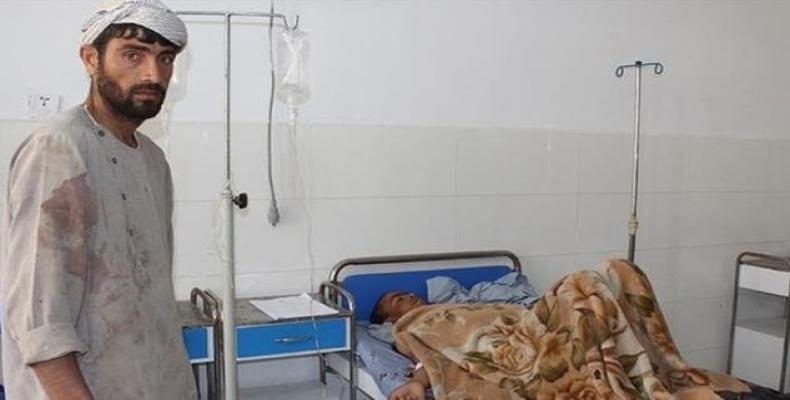 United Nations, October 11 (RHC)-- The UN Assistance Mission in Afghanistan (UNAMA) says at least 8,050 Afghan civilians were killed or wounded in the first nine months of 2018.  The UNAMA said in a report that the figure in 2018 saw slight increase compared to the same period a year earlier, when there were 8,084 casualties, with deaths this year increasing five percent to 2,798 and injuries decreasing three percent to 5,252.

"As there can be no military solution to the fighting in Afghanistan, the United Nations renews its call for an immediate and peaceful settlement to the conflict," Tadamichi Yamamoto, the top UN official in Afghanistan, said.

Afghan people still face insecurity 17 years after the United States and its allies invaded the country as part of Washington’s so-called war on terror.

Since late last year, the Daesh Takfiri terrorist group, which has already lost all its urban strongholds in Syria and Iraq, has taken advantage of the chaos in Afghanistan and established a foothold in the Asian country’s eastern and northern regions, launching brutal attacks against civilians and security forces alike.

The UN report showed a rise in the casualties caused by bomb attacks and other improvised devices which caused 3,634 casualties - 1,065 deaths and 2,569 wounded - in the first nine months, compared with 3,007 casualties in the same period last year.

UNAMA recalled that “attacks deliberately targeting civilians and the murder of civilians are serious violations of international humanitarian law that amount to war crimes."  According to the report, 65 percent of casualties have been the result of attacks by the Taliban, Daesh and other anti-government militants.

Meanwhile, the UNAMA reported that casualties from ground fighting dropped by 18 percent to 2,311 (605 deaths and 1,706 injured).

The casualties from airstrikes, which have risen as air operations have been ramped up, were increased by 39 percent to 649 (313 deaths and 336 injured), the report added.