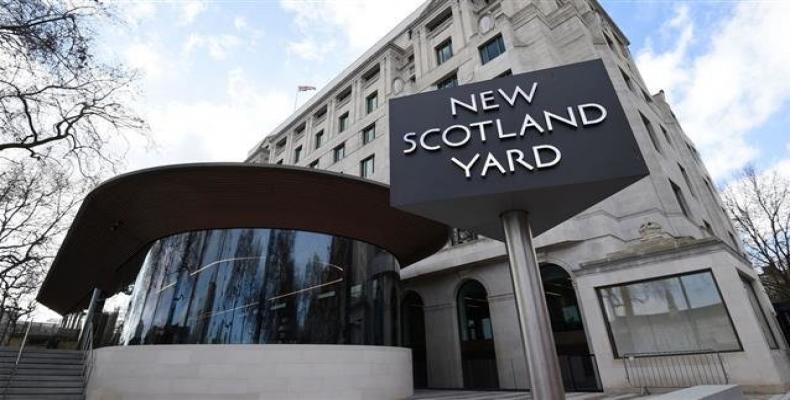 London, October 17 (RHC)-- UK police infiltrated and spied on left-wing groups for almost 40 years, according to information gathered by the Guardian newspaper.  The Guardian and the Undercover Research Group have produced an investigation, which showed UK police were spying on left-wing political groups since the 1970s.

At least 24 undercover officers, using fake ID’s, penetrated various left-wing groups including the SWP (Socialist Workers Party) from the late 1970s onwards, with several deceiving women into sexual relationships, with at least one officer fathering a child with one woman.

Undercover Research Group also showed that a disproportionate number of officers were deployed to infiltrate the SWP, far more than were allocated to monitor any political party.  The findings also suggest that a far greater emphasis and focus was given to left-wing and anti-government groups, while far fewer resources were used to spy on far-right organizations.

The British police have admitted for the first time that an undercover police officer using a false identity had a sexual relationship with an environmental activist with the knowledge of his superiors.

Many of the groups spied on appear to be groups that challenged the political status quo and also government foreign policy.  The campaign against the arms trade, apartheid, the monarchy, nuclear arms trade, animal rights groups, groups campaigning against the occupation of Ireland, were all organizations which seemed to have been targeted by police spies.

The database by the Guardian and Undercover Research Group also draws on information gathered in the ongoing public inquiry looking at the infiltration of political groups being led by retired Judge, Sir John Mitting.

The inquiry has shown that more than 1,000 political groups have had their activities and information stored by the police although the names of the groups listed have not yet been disclosed.  Spies used fake ID’s over several year periods to feed information about ongoing protest movements back to police supervisors.

The new findings come off the back of increasing concern over the power of the police and the increasing surveillance tactics used by the deep state, with a lack of checks and balances, transparency and public oversight.  Many minority communities and in particular Muslim communities feel they are disproportionately spied on by the police and are unfairly targeted.

Charlie Kimber, of the SWP which was spied on more than other organizations, said the level of infiltration reflected the government’s fear of the left and of organizations which seek to challenge the status-quo.

“The whole way the police operated was disgraceful.  In many ways, the most appalling aspect of it was the women who were tricked into what they thought were real relationships,” Kimber said.