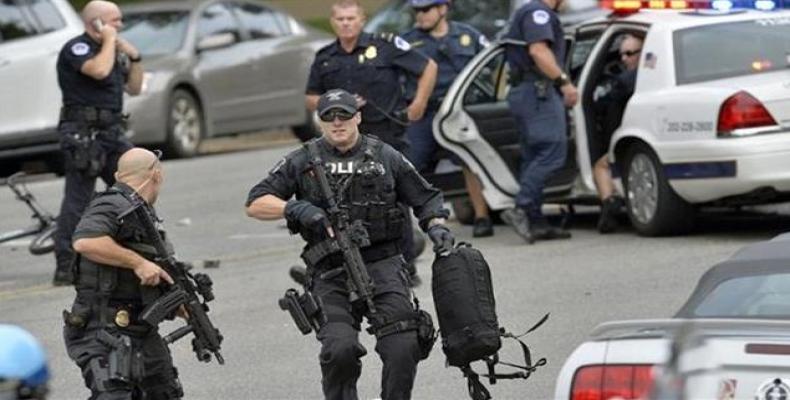 London, September 6 (RHC)-- British military firm Cobham has provided U.S. police departments with advanced eavesdropping equipment, a leaked document shows.  One of the company’s leaked catalogs revealed that it has equipped the U.S. police with surveillance gear such as black boxes capable of monitoring the cell phone signals of an entire city.

According to The Intercept, the equipment also included tools to intercept wireless calls and text messages as well as cell phone jamming systems. A 120-page document showed that the Florida Department of Law Enforcement spokesperson Molly Best confirmed the report but refused to provide further details.

Among the equipment provided to U.S. police officers were IMSI-catchers, fake cell phone towers which force cell phone devices in their surroundings to connect to them instead of a real service provider.  “IMSI catchers are probably one of the most controversial and yet more demanded pieces of surveillance technology marketed today.  They are of dubious legality and their use raises serious ethical and privacy concerns due to their invasiveness and wide reach,” said Claudio Guarnieri, technologist at Amnesty International.

The British government has drawn criticism for selling billions of pounds worth of weaponry to repressive regimes identified by its Foreign Office as having dubious human rights records, including war crimes.