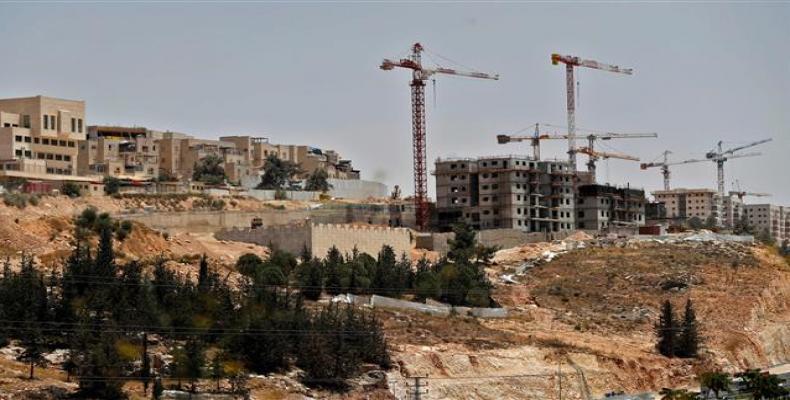 The officials said they had approved the expropriation of 47 dunams (47,000 square meters) of private Palestinian land in al-Ram town, which lies northeast of Jerusalem, adding that the move is aimed at constructing a new road to expand a military checkpoint installed on the main road of the town.

The mayor of al-Ram, Raqi Ghazawneh, said the land seizure is not the first of its kind, explaining that the checkpoint was originally established on illegally seized Palestinian land.

He said a meeting was held with the owners of the land, where they vowed to file an objection against the Israeli arbitrary measures.

Ghazawneh further noted that nearly 400,000 Palestinians are currently living in al-Ram, saying they are suffering from harsh economic conditions because of the separation wall that snakes across the occupied Palestinian territories and isolates large swathes of them from areas where Israeli settlers are concentrated.

About 600,000 Israelis live in over 230 illegal settlements built since the 1967 Israeli occupation of the Palestinian territories of the West Bank and East Jerusalem.

Palestinians want the West Bank as part of a future independent Palestinian state with East Jerusalem as its capital.
The last round of Israeli-Palestinian talks collapsed in 2014. Among the major sticking points in those negotiations was Israel’s continued settlement expansion on the Palestinian territories.

Trump backtracked on Washington’s support for a “two-state solution” earlier this year, saying he would support any solution favored by both sides.

“Looking at two-state or one-state, I like the one that both parties like. I’m very happy with the one both parties like. I can live with either one,” the U.S. president said during a joint press conference with Israeli Prime Minister Benjamin Netanyahu in Washington on February 15th.