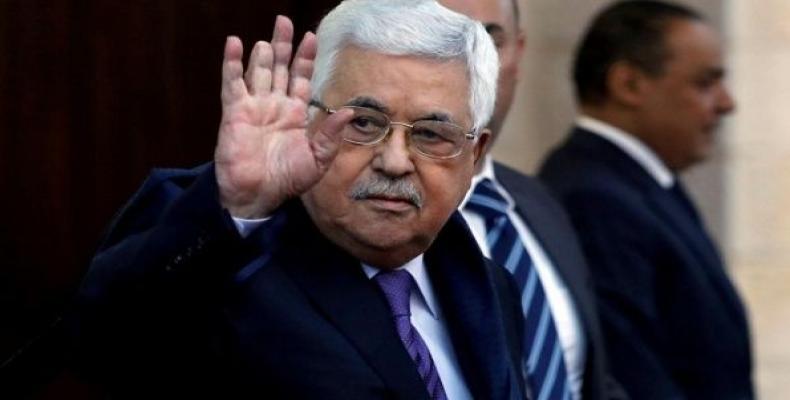 Ramallah, October 31 (RHC)-- The Palestine Liberation Organization (PLO) will suspend its recognition of Israel and all economic support until the state honors the 1967 borders and Palestine’s claim of statehood.

A statement released by the PLO following a two-day convention in Ramallah announced the Central Committee voted to cut cooperation with Israel following the state’s “denial” of the obligations detailed in the Oslo Accords.  The failure of

Israeli officials to acknowledge the ancient region as a state “ends obligation towards their agreements with the occupation authorities (Israel).”  All forms of security and trade agreements provided by Palestine will be suspended until Israel recognizes East Jerusalem as its capital.

The initiative was praised by the official Palestinian news agency, Wafa: “The committee lauded the efforts of the president (Abbas)... in continuing to reject the so-called 'Deal of the Century' and confronting it in all available means to defeat it, as well as deeming the US administration a partner of the Israeli occupation government and a part of the problem, not the solution."

The move has been long anticipated after the PLO Central Committee first threatened to reject recognition of Israel in January following the U.S. embassy in Israel was moved to Jerusalem.  However, approval from Palestinian President Mahmoud Abbas is required before the decision goes into effect.