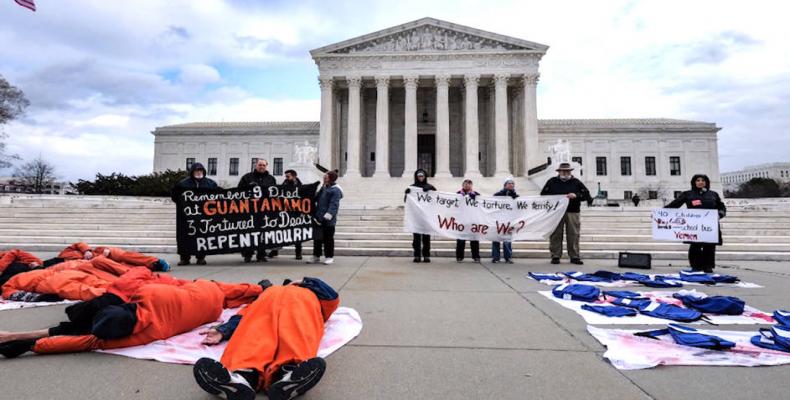 Washington, January 12 (RHC)-- In Washington, DC -- the U.S. capital --  police arrested five activists for holding banners outside the Supreme Court, calling for an end to torture and the closure of the prison at the illegal U.S. naval base in Guantánamo Bay.

The protest came on the 17th anniversary of the opening of Guantánamo in the wake of the 9/11 attacks.  Forty men remain languishing there; many of them without begin charged with a crime.

This comes as McClatchy is reporting that CIA Director Gina Haspel ran a secret agency black site for prisoners at Guantánamo.  The claim is based on a partially redacted transcript of a secret hearing at Guantánamo last November.  Haspel was responsible for running a secret CIA black site in Thailand in 2002, where at least one prisoner was waterboarded and tortured in other ways during her tenure.  Haspel also oversaw the destruction of videotapes showing torture at the black site. But she was previously not known to have operated out of Guantánamo.