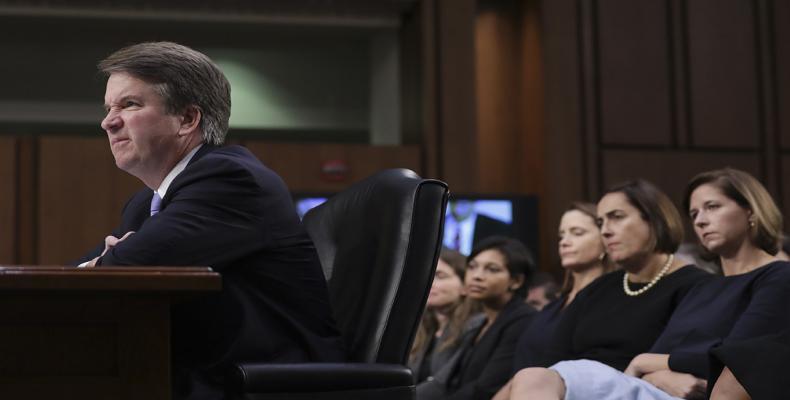 Washington, September 20 (RHC)-- The woman who has accused U.S. Supreme Court justice nominee Brett Kavanaugh of attempting to rape her decades ago has asked for the FBI to investigate her claims before she testifies to the Senate.

Senate Judiciary Committee Chair Chuck Grassley had invited the woman -- Dr. Christine Blasey Ford -- and Kavanaugh to both testify next Monday, the 24th.  In a letter to Grassley, Blasey Ford’s attorneys wrote: “While Dr. Ford’s life was being turned upside down, you and your staff scheduled a public hearing for her to testify at the same table as Judge Kavanaugh in front of two dozen U.S. Senators on national television to relive this traumatic and harrowing incident.”

The letter went on to reveal that Christine Blasey Ford has received multiple death threats in the past few days and has been forced to move her family out of her home.  One of her attorneys, Lisa Banks, appeared on CNN.  Banks said: "She has been dealing with hate mail, harassment and death threats.  She has been spending her time trying to figure out how to protect herself and her family.  And there hasn’t been an investigation to these serious allegations.”