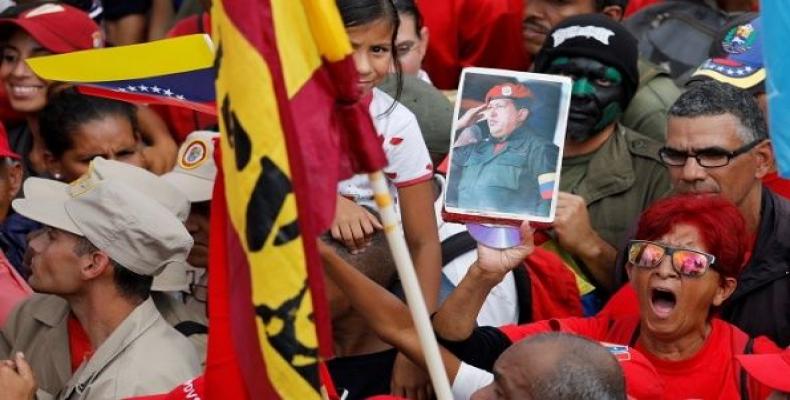 Caracas, February 9 (RHC)-- A coalition of feminist groups, known as La Araña Feminista, Alba Movements and other women, feminist and sexual diversity organizations in Venezuela have issued a statement calling on international social movements and organizations to support peace and dialogue efforts to resolve the political situation in the country and reject calls for military coups and interventions against the Venezuelan government.

“At this moment, Venezuela and its people are in an anguishing situation, gravely threatened by an imminent imperial invasion and by the outbreak of internal violence with the terrible consequences of death and pain that wars bring,” the groups warned in their statement addressed to international progressive movements.

“The Venezuelan people have historically been lovers of peace, and within it we have fulfilled our commitment to building a just society, as embodied in our constitution.  We are going through a transformational path with its own characteristics and popular protagonism, which however has been harassed in various ways, which has produced a sum of suffering in large majorities.”

The statement went on to say that such endorsements for an internal war or an external military intervention will not serve the people of Venezuela or solve the ongoing political conflicts.  “A war or invasion of Venezuela would condemn its population to the sad fate that other peoples face.”

For the Venezuelan women leading those organizations, “the solution will come from dialogue and the commitment of all, all and all to peace, within the framework of necessary international respect for self-determination.”

The statement asserted the organizations’ support for the initiative of Mexico and Uruguay, which other countries have joined.  “And we place our hopes that dialogue and coexistence will prevail.”

The Venezuelan feminist organizations concluded their statement by thanking the international solidarity that has taken place over the past weeks in support of Venezuelan sovereignty and in rejection of the right-wing coup supported by the United States and its allies.