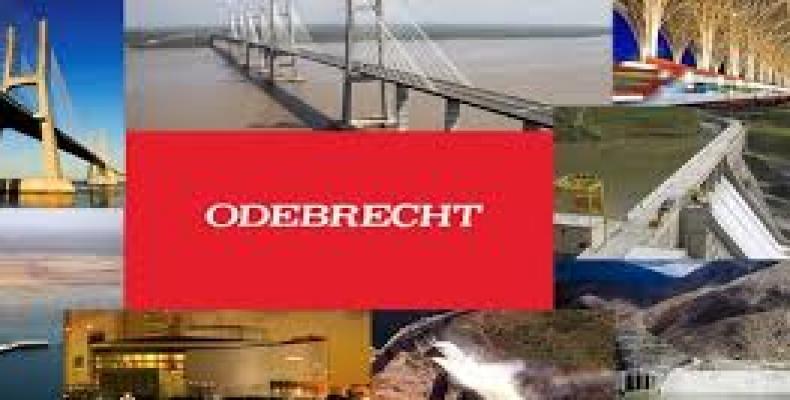 Upon questioning by lead Peruvian prosecutors in the regional-wide ‘Car Wash’ case, former Odebrecht executive Sergio Nogueira Panicali revealed to Rafael Vela and Jose Domingo Perez that Odebrecht and the conglomerate to which it belonged, Consira, paid out $20 million to former President Alejandro Toledo and $1.5 million to Horacio Canepa member of the Lima Chamber of Commerce between 2009 and 2017 in exchange for the contract to build sections two and three of the South Interoceanic Highway (IIRSA South) near Lima.

The company paid out another $1.4 million to a public transportation director, Juan Carlos Zeballos Ugarte.  It’s still unclear who received the other $22 million.

During his testimony in Curitiba, Brazil, Nogueira said that the Odebrecht company "paid approximately $45 million in bribes for the Interoceanica Sur and that all the consortium companies had full knowledge" of the illicit transaction arranged in 2005.

Nogueira and others who have testified in the Peru portion of the Latin America-wide ‘Car Wash’ scandal, say that Nogueira inherited the bribe in September 2009 when he found out that Odebrecht and Conirsa had arranged the major payments.  Nogueira told lawyers that he was informed that then Odebrecht exec in Peru, Jorge Barata "was going to explain the details later."

"I did not know if that amount was agreed before the work or if it was increased during the execution of the (work)," he told Perez and Vela in Curitiba.

Just as he became president last March, Martin Vizcarra, resigned from the construction company, C and M Vizcarra SAC, he founded with his brother.  The president has been in question since late January of contracting with Odebrecht, a claim he called “false” during a press conference in January.

Three days later local media in Peru revealed though that C and M Vizcarra SAC provided services to Conirsa -- integrated by Odebrecht (70 percent), Graña y Montero, and two other construction companies in Peru -- in the construction of the South Interoceanic Highway between 2006 and 2008.

The president has since denied he lied that he once had connections to Odebrecht, saying that when he and his brother signed the contract with Conirsa they did not know which companies were part of the consortium.

"When we gave that machinery rental service to Conirsa we had no idea who was part of it because there was no need to do it [...] Conirsa is another company, it has another legal representative and another DBA," said the head of state.