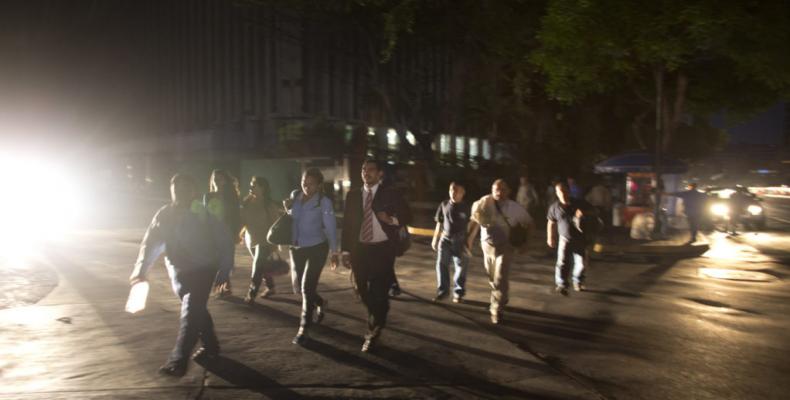 Caracas, March 11 (RHC)-- Venezuela's Vice President of Communications, Tourism and Culture, Jorge Rodriguez, offered a press conference during which he demonstrated the participation of the U.S. senator from the state of Florida, Marco Rubio, in the cyber-sabotage that left the South American country without power for more than 24 hours.

They attacked the automated control of the Guri system that supplies the country with energy, Rodríguez said in his statement. This information was handled by U.S. Senator Marco Rubio shortly after the aggression was executed as he revealed on his Twitter posts.

"How did Marco Rubio know that backup generators had failed? At that time, no one knew that," the Bolivarian government official asked. Also, Rodriguez denied that hospitals in Venezuela had recorded deaths during the day without power, as President Nicolás Maduro had ordered the provision of generation plants to prevent any such attack.

He furthered showed a series of publications on the same social network as Senator Rubio; those of U.S. Secretary of State, Mike Pompeo, and of opposition leader Juan Guaidó, which tie them to the sabotage attack.

Rodriguez reported that the electrical system in the country continues to be restored gradually thanks to the work of the employees of the state company Corpoelec. Likewise, he thanked the Venezuelan people for maintaining calm.

"While Venezuelan society calmly assumed the consequences of the electrical sabotage and the employees of Corpoelec (state electric power company) are working tirelessly, Donald Trump's entourage was celebrating, enjoying with guilty perversion the anguish of the Venezuelan people, "said Foreign Minister Jorge Arreaza on his Twitter account.