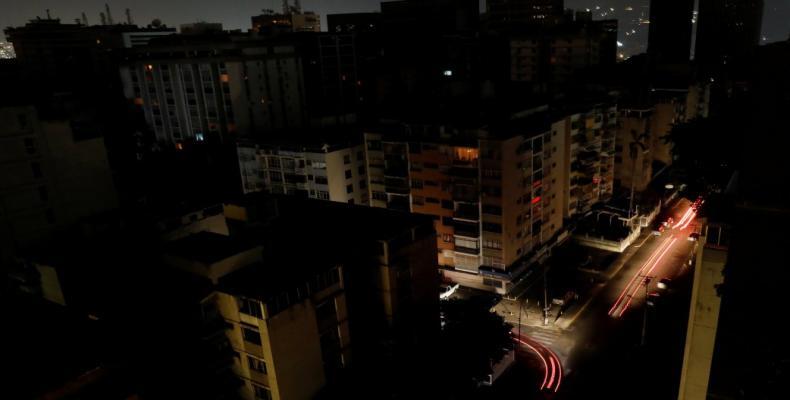 Havana, March 9 (RHC)-- President Miguel Diaz-Canel said the sabotage against the Venezuelan electrical system, amounts to terrorism by those seeking to destabilize the South American nation and overthrow the constitutional government led by President, Nicolás Maduro.

In his Twitter account, the Cuban head of state wrote "Electric sabotage in Venezuela is a dirty terrorist act to break the resistance of the Venezuelan people and encourage military intervention."

On Thursday, a sabotage was perpetrated against the national electricity system of Venezuela by local right-wing groups, who were following direct orders from Washington.

The attack, which left 18 out of Venezuela's 24 states in the dark, was denounced as criminal and destabilizing by president Nicolás Maduro. Maduro blamed US senator Marco Rubio as the mastermind behind it.

Less than three minutes after the blackout began, which sought to create public unrest, Marco Rubio broke the news on his Twitter account, as further evidence of his direct involvement in this latest act of aggression against Venezuela.