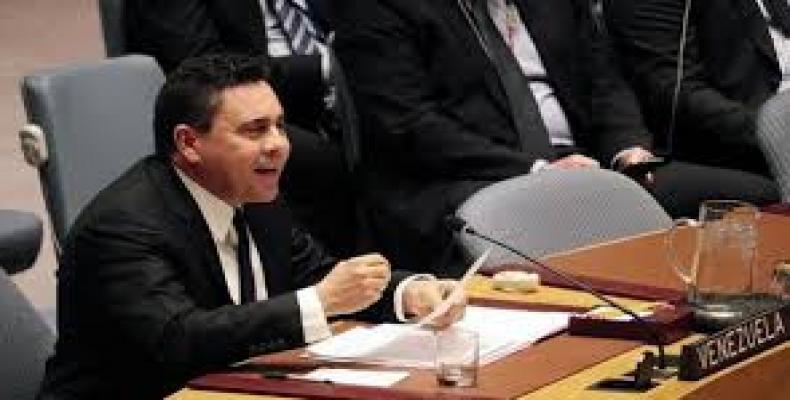 "Terrorist activities against Venezuela are planned, instigated, executed and financed, with resources that have been stolen from the nation as part of a campaign of aggression.  And this campaign is supported by foreign powers, whose policies and practices represent a threat to world peace and security," said Moncada in an open debate of the Security Council on preventing and combating the financing of terrorism.

The Venezuelan ambassador said: "There is no good terrorism.  In Venezuela, there is terrorism promoted and protected by foreign powers, today we denounce these criminal actions before the Security Council and we demand the effective action of the agency responsible for international peace and security."

The first sabotage took place on March 7, when a major cyber attack to the country’s electrical system resulted in a six-day nation-wide blackout, which according to the national government was executed by the United States.

The second attack happened on Monday, March 25, as El Guri Hydroelectric plant was targeted twice on the same day.  Vice President of Communications, Tourism and Culture Jorge Rodriguez gave a press conference Wednesday to show evidence related to the recent attacks, which he stated were intended to cause chaos by leaving the Venezuelan people without electricity for weeks.

"In the last two years, the Venezuelan fascist opposition has perpetrated more than 250 attacks on the National Electrical System," said Rodriguez, adding that such attempts have been foiled by the Venezuelan government on different occasions.

UN Ambassador Samuel Moncada asked the Security Council to categorically reject the use of terrorist practices against government institutions, adding that the attacks on the electrical system are a flagrant violation of Security Council resolutions.