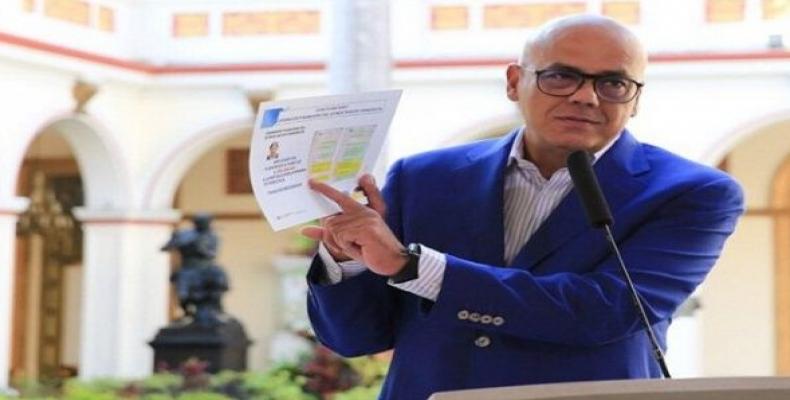 Caracas, March 26 (RHC)-- A new attack on Venezuela’s National Electric System, which left many sectors of the country without service, was denounced Monday by Vice President of Communications, Tourism and Culture Jorge Rodriguez.

“We have experienced a new attack to the transmission and charging center of the National Electric System, aimed to take out the machines of the Simon Bolívar Hydroelectric Power Plant located in Guri,” explained Rodriguez.

This new aggression took place almost 20 days after a major cyber attack to the country’s electrical system resulted in a six-day nation-wide blackout, which according to the national government was executed by the United States.

However, this time, as Venezuela’s officials stated, all the countermeasure mechanisms implemented by President Nicolas Maduro performed flawlessly.  These worked for the insurance, maintenance and

communications between the different stations, which allowed that in record time almost all the service throughout the country was restored.  Some parts of Caracas and the Metro system in the city are still without service.

The Metro system reported via Twitter that it activated a contingency plan for alternate routes through the Metro Bus from the Zona Rental station to Propatria; La Rinconada to Charallave Norte, as well as in Caricuao, La Rinconada and Petare.

“Although the attack had similar characteristics to the March 7 event, we had the capacity to respond quickly and the service has been restored in almost all the national territory and in the next few hours all the country will have electricity back on”, assured Rodriguez. The high ranking official added that the Venezuelan far-right’s intention does not pursue any political or ideological basis.

“The real intention is to attack, generate anxiety, plunge the population in a situation of deep distress to be able to seize power and achieve what they have already done, which it is steal all the resources that belong to the Venezuelans,” concluded Rodriguez.