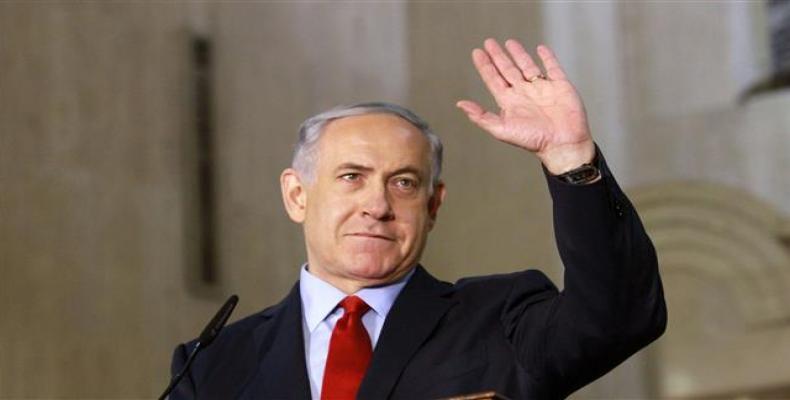 Tel Aviv, April 10 (RHC)-- Right-wing Prime Minister Benjamin Netanyahu has secured a fifth term in office after early results from Israel’s general elections handed him a narrow victory against his centrist rival, Benny Gantz. With about 97 percent of the votes cast in Tuesday’s elections counted, Netanyahu’s right-wing Likud party and Gantz’s Blue and White alliance have each won 35 of the Knesset’s 120 seats. Likud has so far secured 26.28 percent of the votes, compared to Blue and White’s 25.97 percent, according to the preliminary results released on Wednesday.  Five right-wing and ultra-Orthodox parties have managed to secure some 30 seats together, paving the way for Netanyahu to form a coalition administration similar to his current right-wing one, with a solid 65 seats.  The results also give other center, left and Arab parties 55 seats at the Knesset. Final results are expected by Thursday afternoon, with the ballots cast by army soldiers, prisoners and diplomats yet to be counted.  As polls closed on Tuesday night, both Netanyahu and Gantz, the former military chief of staff, declared victory. Speaking at the Likud’s post-election party in Tel Aviv, Netanyahu hailed what he called a “magnificent victory.”  He also made it clear that any administration formed by him “will be a right-wing government."