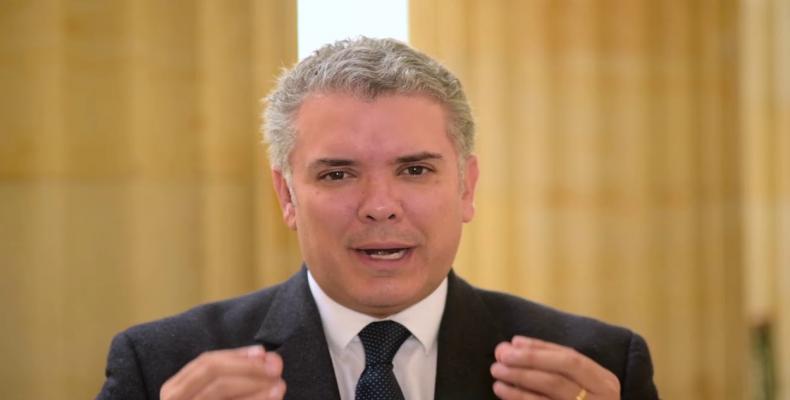 Bogota, April 27 (RHC)-- In Colombia, thousands of people marched in central Bogota to demonstrate against President Ivan Duque's policies which, according to organizers of the protest, are destroying workers' rights as well as the educational system.

Police and students clashed at the entrance of Bogota's National University.  Around 35 people have been arrested and 14 injured, according to Caracol news.

Protesters have also accused the president of not respecting all provisions in the previous government's 2016 peace deal with the former guerrilla group FARC, saying his policies have compromised the ongoing peace process that put an end to 52 years of internal conflict.  Roughly 128 ex-militants have been killed since the signing of the treaty.