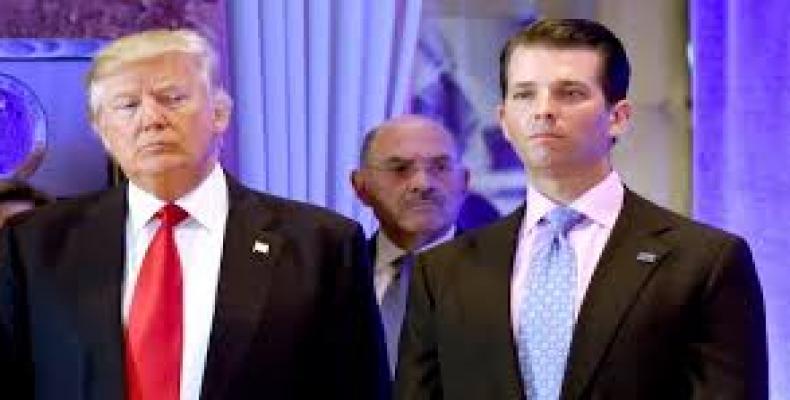 Washington, May 10 (RHC)-- On Capitol Hill, the Republican-led U.S. Senate Intelligence Committee has subpoenaed Donald Trump Jr. to return to Washington to testify about his role in matters related to the Russia investigation.

This marks the first congressional subpoena compelling one of Trump’s children to testify. In 2017, Trump Jr. appeared voluntarily before the committee, where he testified he was only “peripherally aware” of plans by the Trump Organization to build a massive skyscraper in Moscow.  His statements were later directly contradicted by President Trump’s former attorney Michael Cohen, who testified he briefed Trump Jr. and his sister Ivanka about the Trump Tower Moscow project about 10 times.