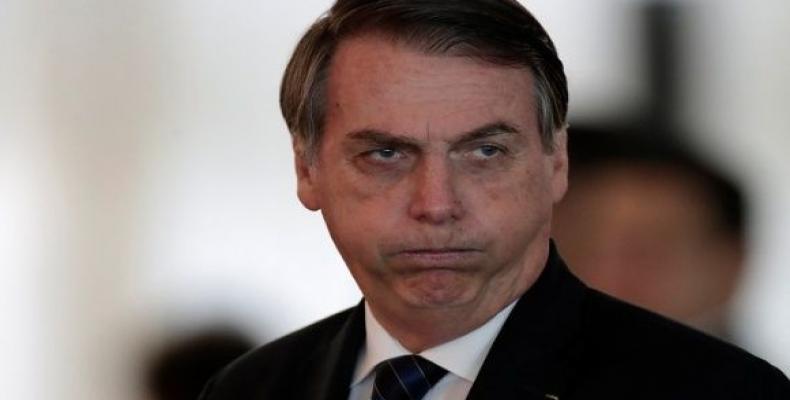 Brasilia, May 15 (RHC)-- Brazilian scientists and students are being forced to leave the country in search of funding to finish their current research and studies fearing major cuts to the public higher education system announced last week by far-right President Jair Bolsonaro.

"Scientists are no longer leaving the country by choice but because it is the only chance to continue doing their job. Brazil does not regard education and science as priorities," said Helena Nader, member of the Brazilian Academy of Sciences, adding that what makes the situation even worse is "the new government's declarations of contempt for science."

The Brazilian academic community protested twice last week after the Bolsonaro administration announced it will block 30 percent of the national budget to federal universities and research institutes that was already allocated for this year. This would amount to an immediate cut to 3,400 scholarships, according to local media Revista Forum.

Over the past five years, the Coordination for the Improvement of Higher Education Personnel (Capes) lost 24.4 percent of its resources, a trend deepened by former President Michael Temer (2016-2018) who took over the post in a parliamentary coup d'état of President Dilma Rousseff.

Roussef herself responded to the budget 'blockade' by saying that Bolsonaro's attacks on the education system must be stopped with social mobilization. "All Brazilian citizens should support this struggle, which represents the defense of our future with democracy, diversity and prosperity."

Dilma said that her Workers' Party commitment to education was strategic to "overcome misery and poverty," to create a knowledge economy that develops technology and innovations and strengthen culture.

In early May, Bolsonaro also announced a 30 percent budget cut to resources assigned to universities and reseach centers, a decision that directly affects the local production of science, technology and innovation.​​​​​​​

The former leftist president, Dilma Roussef, said in a statement published on her website out that the university-level budget cuts will reduce the quantity and quality of well-trained teachers for the the elementary, middle, and technical education institutions.

"Scrapping universities implies the dismantling of the entire educational system. There is no possibility of developing basic science without the universities, without their researchers and teachers, without students and scholars."