Lights back on in Venezuela following latest attack on electrical system 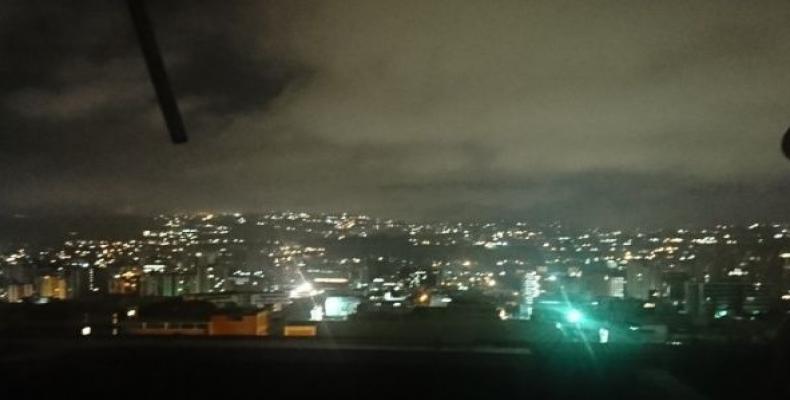 Caracas, July 23 (RHC)-- Up to 85 percent of electricity and lights have been restored in Venezuela after an electromagnetic attack struck the country Monday, causing a blackout over much of the nation.  Energy is back up and running in the capital of Caracas where lights lights glimmered at dusk.

President Nicolas Maduro denounced the electrical sabotage as "the newest criminal attack" on Venezuela from an as-of-yet unknown source.  However, Communications Minister Jorge Rodriguez reported Tuesday that “the first clues from the investigation … point towards the existence of an electromagnetic attack on the Lower Caroni plant” at the border with neighboring Guyana that acts as the country’s “main power provider."

By Tuesday morning, the National Electric Corporation (Corpoelec) reported that the electric power service was restored in Caracas, a city of six million.  A few hours later some power was lost due to continuing damage in the national hydroelectric power system, officials said. By the evening, the city’s electricity was restored.

This new national blackout began Monday at 4:45 p.m. local time when the Guayana hydroelectric generation system was attacked.  With the experience of past electrical attacks, the Maduro government has put systems in place in order to return power to the country as soon as possible.

“We have activated all contingency plans to provide transport and water for all citizens, as well as to provide all necessary aid to hospitals and health centers.  We have also deployed security forces to guarantee the peace and safety of all citizens,” reported Rodriguez during this latest power failure.

This is the fourth attack Venezuela's power grid since March when two attacks took place. Another followed in April, and all of the attacks affected Caracas and several states. Investigations of the events found that the blackouts were the result of coordinated cyber attacks on the nation’s Guri hydroelectric plant.

The electricity in the majority of the nation’s public buildings, banks, hospitals and transport remained intact, or was quickly re-established.