Australia to spend $3 billion on military equipment in two decades 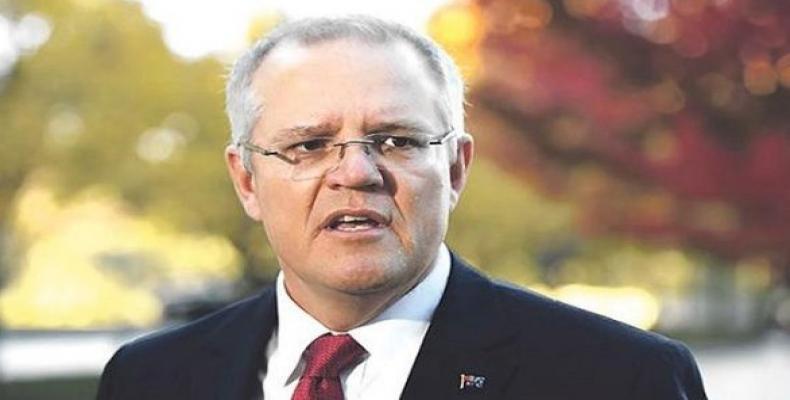 Sydney, August 12 (RHC)-- Australian Prime Minister Scott Morrison says his government will spend three billion dollars on new weapons and military equipment over the next two decades, in a move which is believed to be taken under U.S. pressure.

The new funding "is one of the most important investments that I can make as a prime minister to ensure that our special forces are equipped to do the job that we require of them to protect Australia and keep Australians safe,” Morrison said Monday.

"This is about ensuring our special forces are on the leading edge of capability," he told reporters at the Holsworthy Army base in Sydney.

The prime minister also related the funding to his government’s efforts in seeking a greater role in the Pacific with a view to countering China.  “This is going to be a very important part of our commitment, the biggest single commitment to upgrading the capability of our defense forces since the Second World War,” Morrison said.

The growth of China’s military power throughout the region and across the world has long been a concern for the U.S. which is pressuring the regional countries to help it curb the rise.   The U.S. and Australia recently announced plans to build a joint military base on Papua New Guinea's Manus Island, northeast of Australia.  China, however, is Australia’s major trading partner and while there are difficulties in bilateral ties, Australia is willing to strengthen dialogue and communication with China.

Morrison and his defense chiefs have already come under pressure by the US to join a coalition in the Persian Gulf. The Australian premier has said he is yet to make a decision on joining the mission.

According to Professor Emeritus of Strategic Studies at the Australian National University Hugh White, the United States is no longer a reliable ally as he urged the government to increase its fleet of submarines and fighter aircraft.