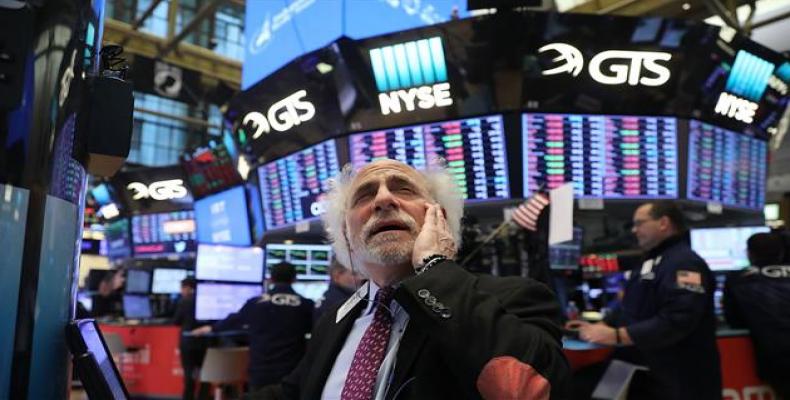 New York, August 15 (RHC)-- On Wall Street, the U.S. stock market took its largest single-day loss since October, with the Dow Jones dropping 800 points — or more than 3% — amid mounting fears that a recession may be around the corner.

The drop in share prices came as Germany announced its economy contracted during the last quarter and as news emerged of a key economic indicator known as an “inverted yield curve” that has preceded the last seven U.S. recessions.