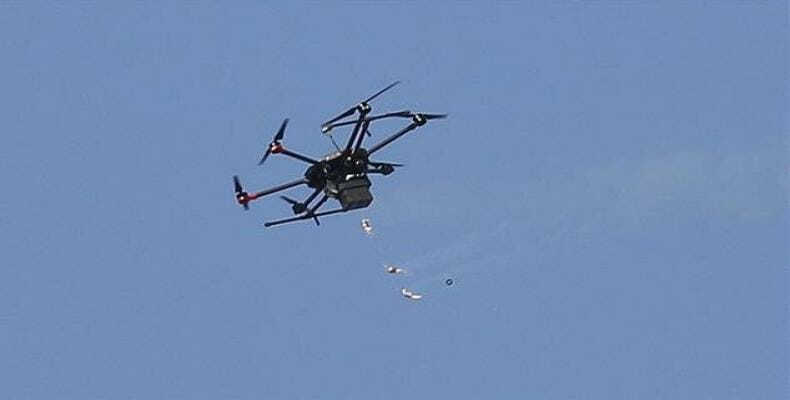 Ramallah, September 14 (RHC)-- Palestinian resistance forces have shot down another Israeli drone in the Gaza Strip, the third unmanned aerial vehicle the regime has lost over the past few days.

Palestinian media reported that the Abu Ali Mustapha Brigades, the armed wing of the Popular Front for the Liberation of Palestine (PFLP), downed and captured the device in the east of the besieged territory near the city of Khan Yunis on Saturday evening.

The Israeli military has not yet commented on the report.  The Palestinian Hamas resistance movement on Monday night shot down an Israeli drone east of Rafah in southern Gaza Strip, a day after the Tel Aviv regime carried out a fresh wave of air raids against the besieged coastal enclave.

Earlier on Monday, the Lebanese resistance movement Hezbollah said its air defense forces had shot down an Israeli military drone outside the southern town of Ramyah.

The latest development comes amid recent exchanges of fire between Israel and Palestinians in Gaza.  Palestinian news agencies said last Saturday that Israeli airstrikes had targeted positions allegedly held by Hamas inside the enclave.  Health officials said there were no casualties from the attacks that lasted nearly an hour.

The Hamas raids have come in response to the regime’s killing of Palestinian protesters marching along the fence separating Gaza from the Israeli-occupied territories.

Israeli troops have killed at least 307 Palestinians since the beginning of the rallies and wounded more than 18,000 others, according to the Gazan Health Ministry.  Gaza has been under Israeli siege since June 2007, which has caused a decline in living standards.