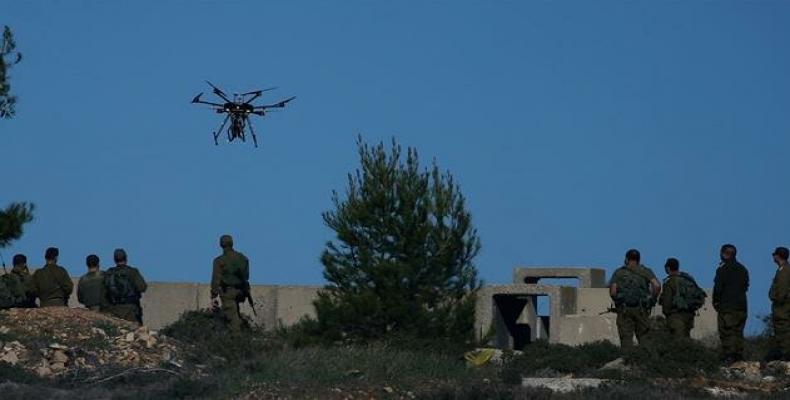 Gaza City, September 10 (RHC)-- The Palestinian Hamas resistance movement has shot down an Israeli drone in the Gaza Strip, a day after the regime carried out a fresh wave of air raids against the besieged coastal enclave.

Palestinian media reported that Hamas resistance fighters intercepted and downed the quadcopter drone east of Rafah in southern Gaza Strip on Monday night.  The Israeli military has confirmed that a drone fell in southern Gaza Strip, saying that an investigation into the incident is underway.

The aircraft’s remains are now in the hands of the resistance fighters, according to media reports.  This is the second unmanned aerial vehicle the Israeli army has lost over the past 24 hours.

The Lebanese resistance movement Hezbollah said its air defense forces had shot down an Israeli military drone outside the southern town of Ramyah early Monday, amid heightened tensions between the group and the Israeli military.  The downing of the drone in Rafah area comes amid a series of exchanges between Israel and Gaza.

Palestinian news agencies said late on Saturday that Israeli airstrikes had targeted positions allegedly held by Hamas inside the enclave. Health officials said there were no casualties from the attacks that lasted close to an hour.

Israeli sources said the attacks had hit Hamas naval facilities on the Mediterranean and two military compounds run by the group in central Gaza. There was no confirmation from Hamas and its affiliated groups.

Hamas’ raids have come in response to the regime’s killing of Palestinian protesters marching along the fence separating Gaza from the Israeli-occupied territories.