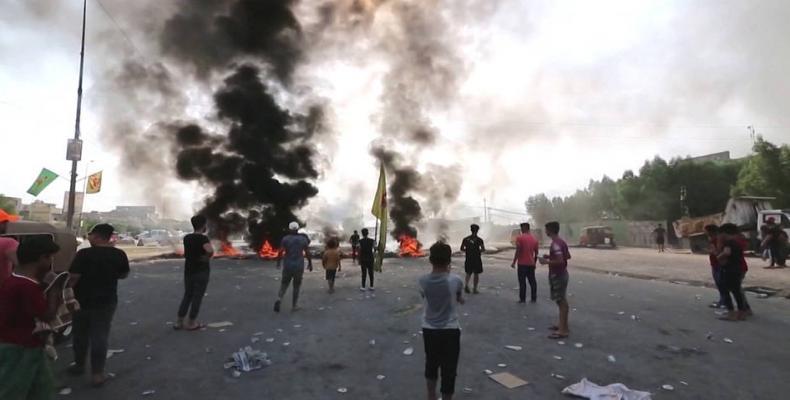 Baghdad, October 4 (RHC)-- In Iraq, at least 18 people are dead, and more than 800 others were wounded, after police and soldiers reacted with violence to anti-government protests across the country.

Some of the deaths and injuries came in Baghdad’s Tahrir Square, as police fired tear gas and live ammunition into a crowd of hundreds.  Police also opened fire on protesters in the southern city of Nasiriyah.  Thousands more demonstrated in cities including Hillah, Basra, Kirkuk and Tikrit.

Many of them chanted a popular refrain from the Arab Spring — “The people demand the fall of the regime!” — as they protested against unemployment, corruption and a lack of public services.

Authorities have issued curfews in a number of cities while cutting off Internet access across much of Iraq.