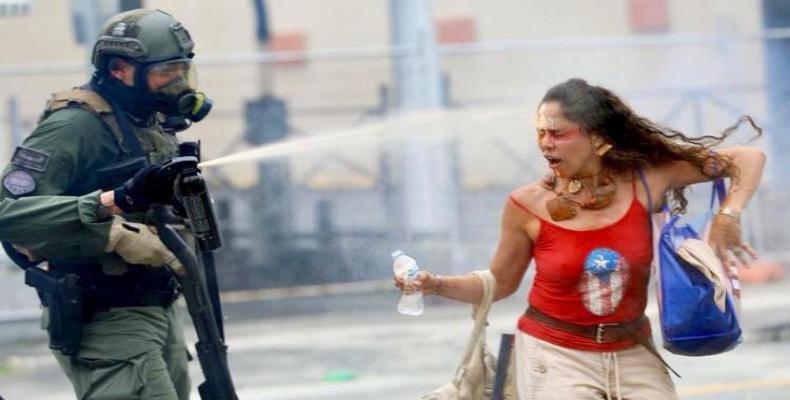 San Juan, May 4 (RHC)-- In Puerto Rico, hundreds of protesters marched through the streets of San Juan, the capital, following up on massive May Day protests earlier this week against austerity measures.  The protesters are also demanding the repeal of the Puerto Rico Oversight, Management and Economic Stability Act, or PROMESA, which created an unelected, federally appointed control board with sweeping powers to run Puerto Rico’s economy.

Jorge Díaz, one of the protesters, told reporters that members of his group were attacked by police on May Day in Hato Rey.  He said that police beat many of the marchers and used pepper-spray to break up their rally.
Protests are continuing in Puerto Rico, as demonstrators are angered by the government's failure to address vital services, eight months after Hurricane Maria devastated the island in September last year.