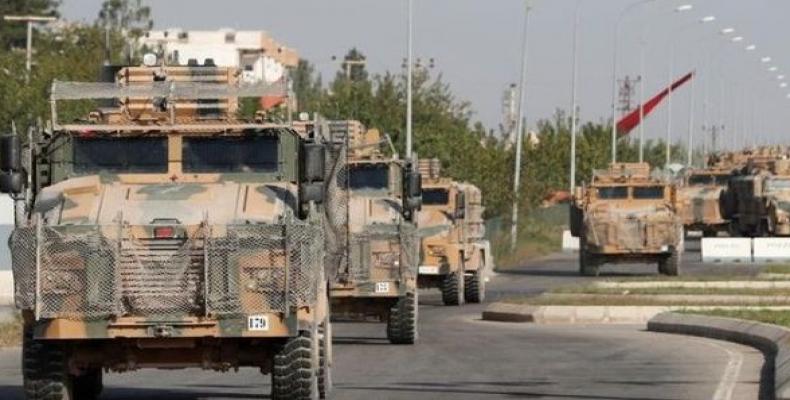 London, October 15 (RHC)-- The United Kingdom has refused Monday to join its European allies in halting arms sales to Turkey as it faces mounting pressure due to its military offensive in northern Syria.

EU foreign ministers unanimously agreed to “condemn” Turkey’s military action, arguing that it “seriously undermines the stability and the security of the whole region” and was harming civilians.

But the bloc did not agree on an EU-wide arms embargo against Recep Tayyip Erdogan’s government, instead of “member states commit to strong national positions regarding their arms export policy to Turkey” in a country-by-country basis.

A number of major European powers have unilaterally pledged to halt arms sales to Anakar, including Germany, France, and Finland.  Italy, the top arms exporter to Turkey last year, also joined a ban on selling weapons and ammunition and Spain signaled it was ready to do so.

This comes as Turkish forces launched an offensive on Oct. 7 into areas of northern Syria controlled by the SDF. Ankara says it is targeting Kurdish forces linked to an insurgency on its territory.

The Turkish assault started after United States President Donald Trump decided earlier this month to withdrew U.S. forces that have backed the SDF, from part of the Syrian-Turkish border. The SDF called the move a stab in the back.

Trump on Monday said he would authorize sanctions against Turkish officials, stop negotiating with Turkey on a $100 billion trade deal, and boost tariffs on the country’s steel to 50 percent over Ankara’s incursion.