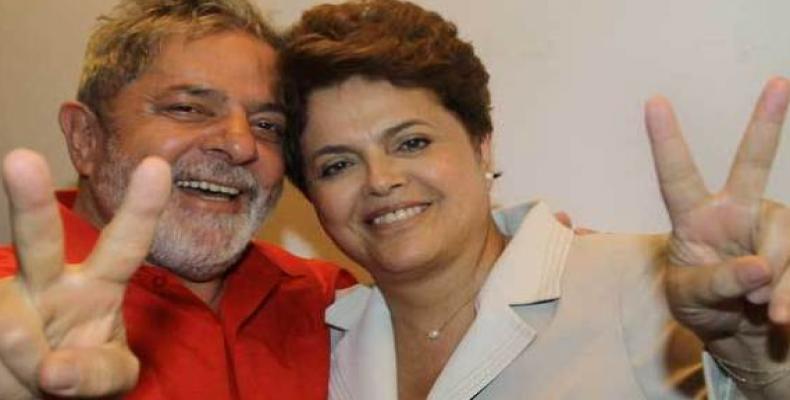 Brasilia, December 5 (RHC)-- Brazil's Federal Justice has acquitted former leftist presidents Luiz Inacio Lula da Silva and Dilma Rousseff of accusations of being part of a criminal organization whose purpose was to divert public funds to the Workers' Party (PT).​​​​​

“Before an impartial judge, we have obtained Lula's summary acquittal.  The Brazilian magistrate highlighted "an attempt to criminalize political activity" by the misplaced charge known as the 'quadrillion,' which is part of lawfare against Lula," former president's lawyer Cristiano Zanin tweeted.

The Federal court's acquittal also benefits former PT's treasurer Joao Vaccari and former Finance Ministers Antonio Palocci and Guido Mantega.  All of them were accused of having formed a criminal organization whose purpose was to extract money from the oil company Petrobras and other state-owned companies to finance the PT's electoral campaigns.

"This is what outlet O Globo does not report: Lula, Dilma, Palocci, Guido Mantega, and Vaccari were summarily acquitted in the case known as 'PT quadrillion.'  In his sentence, the judge states that the Car Wash Operation tries to criminalize political activity. Let's spread this mercilessly!"

Unlike what Brazilian mainstream private media tendentiously adduced for years, Judge Marcus Reis Bastos indicated that accusations “do not even allow the conclusion of a structurally organized association of four or more people, with a division of tasks, or some form of hierarchy and stability.”

The Federal judge also explained that the accusation was a clear attempt to "criminalize political activity" because "it assumed that there was a criminal organization, which lasted until the presidency of Dilma Rousseff, without even pointing out essential elements to characterize such criminal activity."

The complaint against Lula was filed by Attorney General Rodrigo Janot in 2017 shortly before leaving the office.  He accused PT leaders of having diverted over US$333,000 from the public budget.