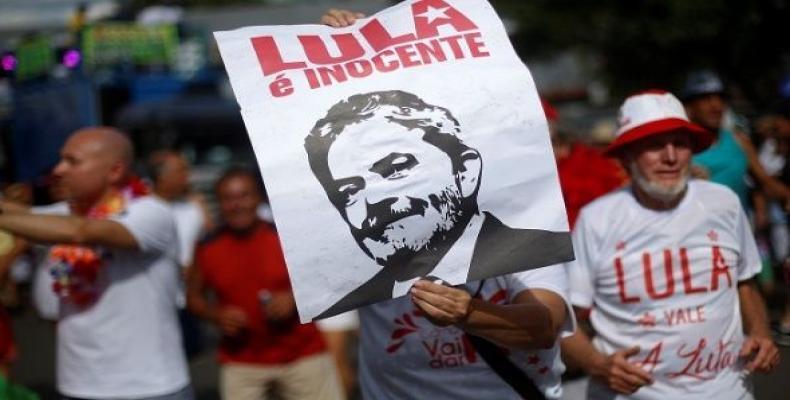 Justice Gilmar Mendes said in an interview with Reuters that the so-called Car Wash investigation was a success in battling the “metastasis of corruption” in Brazil but it became politicized and prosecutors went too far.

Lula is serving a 12-year prison sentence for taking bribes, and the judge who convicted him, Sergio Moro, is now Brazil’s justice minister in right-wing President Jair Bolsonaro’s cabinet.

Mendes’ views could influence other judges on the 11-member Supreme Court, which has postponed a politically charged ruling on whether Moro was impartial when trying Lula. If it rules he was not, Lula would face retrial and could be exonerated. The Bolsonaro government and its supporters fiercely oppose any move by the court that could result in Lula’s freedom.

Mendes said there are doubts about whether due process was followed in Lula’s trial and whether he was actually complicit in the huge corruption scheme uncovered by Car Wash that involved bribes and political kickbacks on contracts with oil company Petrobras and other state-run companies.

“We owe Lula a fair trial,” Mendes said in the interview in his Supreme Court offices.  Mendes has been a main critic of the excessive use of plea bargains and provisional detentions of suspects in the sprawling Car Wash investigation that led to the jailing of high-profile politicians and construction executives. He has previously been vocal about perceived irregularities in the prosecution of Lula.

Lula da Silva was tried for supposedly receiving a beachside apartment and a country house from engineering firms in return for their winning lucrative state contracts under his Workers Party’s government.

The leaking of conversations between Moro and prosecutors by the news website The Intercept was a positive step, according to Mendes, as it could be the nail in the coffin of the Car Wash investigation that had come to “monopolize” Brazil’s war on corruption.

“Car Wash had become a sort of Holy Trinity: They investigated, they judged, they convicted and they made the laws,” Mendes said.  Moro and lead Car Wash prosecutor Deltan Dalagnol have denied any wrongdoing in their communications.

Mendes said the leaked conversations suggest Moro and prosecutors behaved improperly without oversight from other institutions.  The leaks revealed that prosecutors went as far as planning to investigate Mendes, his family and the Supreme Court’s current Chief Justice Dias Toffoli for tax irregularities.

“But things are being put back in their place,” Mendes said, referring to pushback from politicians in Congress, where lawmakers - many of whom have been probed for graft - passed a bill that curtails the investigative powers of prosecutors and judges.

Congress also blocked Moro’s plan to move to his ministry the Council for Control over Financial Activities Control (COAF), a key tool for flagging suspicious funds moving through the banking system. It has now been put under the Central Bank’s responsibility.

Mendes said the attempt to move the COAF was part of a political plan to gain access to tax and other information that could be leaked or used against critics, even to blackmail them. Whoever controls such information has “immense political power,” he said.

However, he provided no evidence to support this.  The Justice Ministry did not respond immediately to a request for comment.