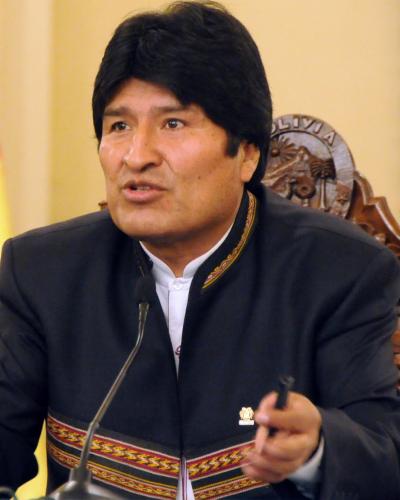 La Paz, April 21 (RHC) – The Minister of Communications of Bolivia, Amanda Dávila, has warned of an ongoing media war against President Evo Morales ahead of the upcoming general elections in that South American country.

In remarks quoted by Cambio newspaper, Dávila said there is an ongoing campaign to discredit Morales and his administration's achievements, promoted by his political opposition through private media.

"A dirty war has been unleashed by the opposition a few months ahead of the general elections; a political war using the media, which have often became a platform for spreading lies and deception," she said.

According to Dávila, the campaign is funded by the U.S. Department of State through non- governmental organizations and the U.S. Embassy in Lima.

An exact date has yet to be set for general elections in Bolivia, but the Supreme Electoral Court announced on Sunday that their schedule will be made public by the end of this month.