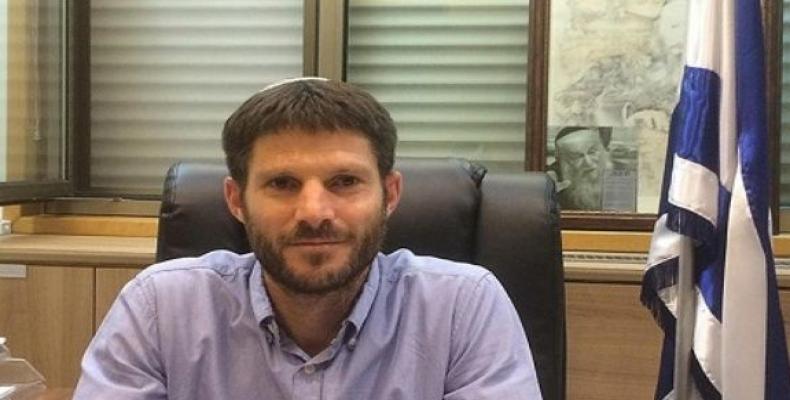 Smotrich, who also called the ICC a "political, antisemitic institution," asked Israeli Prime Minister Benjamin Netanyahu to give the PA a 48-hour ultimatum to remove their complaint against the Jewish state, and, if it fails to do so by the deadline set, to “immediately collapse” it.

“The advantages inherent in the existence of the PA to the State of Israel have long been not worth the heavy diplomatic damage it causes us,” Smotrich said.  "It is causing great harm to Israel in international forums, and it is better for Israel to work towards its collapse."

These comments were made in response to a statement made earlier by the chief prosecutor of the ICC Fatou Bensouda regarding Israel's crimes in occupied Palestine.  “There is a reasonable basis to proceed with an investigation into the situation in the West Bank, including East Jerusalem, and the Gaza Strip, potential cases arising from the situation would be admissible, and there are no substantial reasons to believe that an investigation would not serve the interests of justice,” Bensouda said.

ICC’s move to launch an investigation follows a request made in May 2018 by the PA to the ICC, urging it “to investigate [...] past, ongoing and future crimes committed in all parts of the territory of the State of Palestine.”

An investigation by the International court could possibly result in charges against individuals, as states cannot be prosecuted.  The PA, which subscribed to the ICC in 2015, has welcomed the probe, with the foreign ministry calling it a "long overdue step," urging the court to move faster.

Netanyahu for his part blasted the decision, calling it "a baseless and outrageous" one, while his political rival and head of the Blue and White party, Benny Gantz, tweeted that Bensouda's decision was motivated by political and not legal means.  "The Israeli army is one of the most moral militaries in the world," Gantz claimed.

The ICC started its functions in 2002 to prosecute individuals for the international crimes of genocide, crimes against humanity, war crimes, and crimes of aggression.  Israeli minister asked PM Netanyahu to give the Palestinian Authority an ultimatum to remove their complaint to the ICC, or to “collapse” it.

Israel, as well as the United States, has refused to sign up to the court.